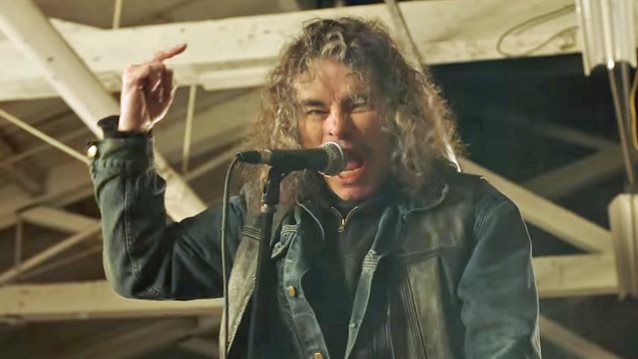 "Goddamn Trouble", the new video from New Jersey thrash metal veterans OVERKILL, can be seen below. The clip was directed by Kevin Custer and edited by Denise Korycki at Wild Wind Productions (CANNIBAL CORPSE, KILLSWITCH ENGAGE).

Commented OVERKILL frontman Bobby "Blitz" Ellsworth: "We hooked up again with Kevin Custer, the director behind the videos 'Armorist', 'Bitter Pill', 'Rattlesnake' and 'Bring Me The Night'. It was an 'all-day' event in the great state of New Jersey and Kevin shot two vids for us on that cold January day, 'Goddamn Trouble' and 'Shine On'. A long day but well worth it as he captured the metal chaos and energy. So hit 'Play' and get some 'Trouble'."

"Goddamn Trouble" is taken from OVERKILL's new album, "The Grinding Wheel", which will be released on February 10 via Nuclear Blast. The disc was produced by OVERKILL and mixed by Andy Sneap (MEGADETH, EXODUS, ACCEPT). The artwork was created again by Travis Smith (NEVERMORE, OPETH, SOILWORK, DEATH).

Ellsworth recently told the Croatian metal portal NoiseEyes.com about the delay in getting "The Grinding Wheel" released: "It was simplicity. It was a matter of internal mix-ups. We thought we had the entire month of August to mix, when we really had none of the month of August to mix. When Nuclear Blast [OVERKILL's record label] called us, and said, 'Where's the music?' We said, 'Fifteen more days.' We were really close with the mix, but this was our first time working with [producer/mixer] Andy Sneap and he told us, 'Hey, man, it's close, it's 90 percent, but let's do another twelve days when I get back from a business trip. D.D. [Verni, bass], Dave [Linsk, guitars] and I discussed it, and asked: Do you take the great product? Or do you take the money? That's the way we thought about it. We took the dignity over the money with regard to pushing the release back. I always think of every record as your best opportunity to prove yourselves. If you go out pushing that record out, thinking it's 90 percent, then it fucking is 90 percent. It was a real simple mix-up with regard to time. We blame ourselves for 50 percent and Nuclear for the other 50 percent. No, 51 percent for them, 49 percent for us. [Laughs]" 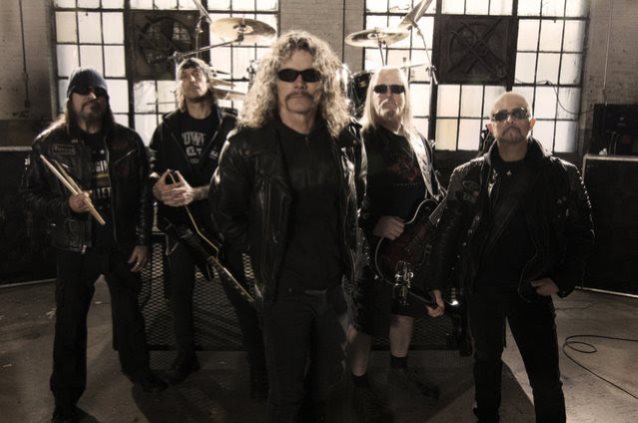