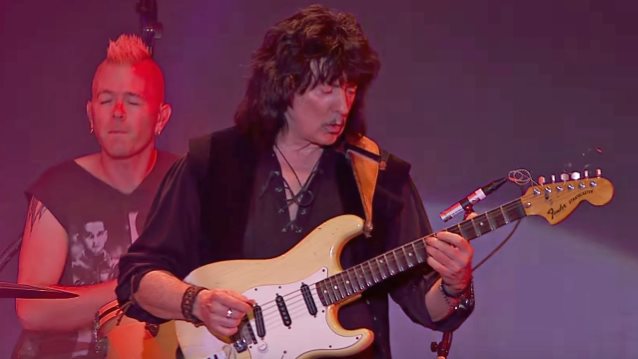 In June 2016, legendary guitarist Ritchie Blackmore made many long-held dreams come true for his fans as RITCHIE BLACKMORE'S RAINBOW played three concerts in Europe, two in Germany and one in England. The two German shows at Loreley and Bietigheim were caught on camera to produce "Memories In Rock - Live In Germany", which will be released via Eagle Rock Entertainment on DVD+2CD, Blu-ray+2CD, and digital formats on November 18. A deluxe version (DVD, Blu-ray and 2CD in a 48-page hardback photobook),along with a 3LP version (180-gram vinyl),will be available as an import on December 2.

This film captures the long-awaited return to rock music for Ritchie Blackmore. The setlist, combining classic tracks from both DEEP PURPLE and RAINBOW, was exactly what the fans had wished for. Filmed in high definition, this jaw-dropping set includes "Catch The Rainbow", "Mistreated", "Since You Been Gone", "Black Night", "Spotlight Kid", "Smoke On The Water", "Stargazer", "Perfect Strangers", and more! As a bonus all formats (barring the 3LP) also boast a quartet of tracks recorded on an alternative night: "Spotlight Kid", "Man On The Silver Mountain", "Long Live Rock ‘N' Roll", and "Stargazer".

A performance clip of "Perfect Strangers", taken from "Memories In Rock - Live In Germany", can be seen below. 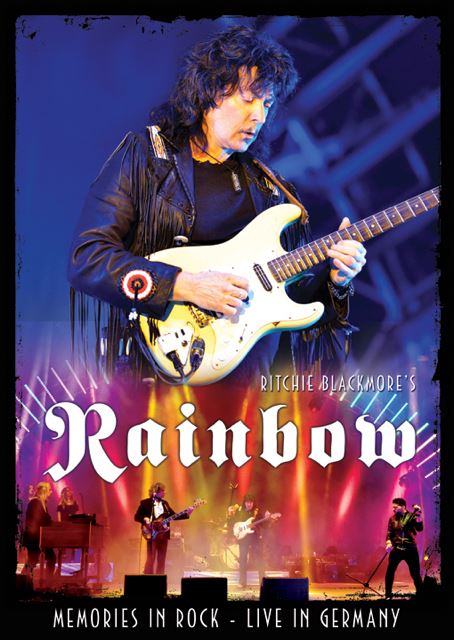