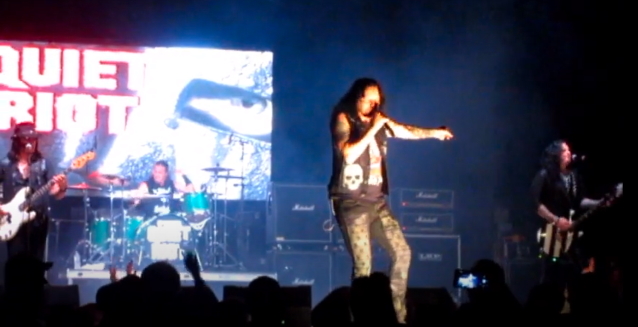 Fan-filmed video footage of QUIET RIOT's first concert after drummer Frankie Banali's death can be seen below. The group, which now features drummer Johnny Kelly (DANZIG, TYPE O NEGATIVE),played on October 9 at at the Grand Stage Amphitheater near Urich, Missouri.

The surviving members of QUIET RIOT said it was "Frankie Banali's wish that the band continue and we keep the music and the legacy alive."

Asked in a recent interview with the "Music Mania" podcast how Johnny came to be involved with QUIET RIOT, guitarist Alex Grossi said: "When Frankie got sick, one of the first phone calls he made to me was regarding getting a substitute drummer. And Johnny and I had worked together, and still work together, in that band HOOKERS & BLOW, that cover band we do for fun. And he just made perfect sense on so many levels, because he's not totally intertwined in the L.A. music scene and doesn't really get involved with the gossip and this and that. Because keep in mind, Frankie wasn't public about his cancer until several months after his diagnosis."

He continued: "Johnny, he's family to me, and Frankie and him were friends. And he can definitely fill the role onstage and off; he's a total pro and he's a friend. It worked out great, because the first show that Frankie was gonna miss was in Dallas, Texas, which is when Johnny Kelly lives. So we were able to fly in, do one song for soundcheck, and then trial by fire, do the whole show. He had never played with us before. And Chuck [Wright, bass] and our singer had never even met him. So it was definitely a fly-by-the-seat-of-your-pants-type moment, but Johnny rose to the occasion, and we're thankful he's onboard to help us out."

Speaking about the discussions that Frankie and the other members of QUIET RIOT had about continuing without him, Alex said: "There really wasn't any one specific conversation. It was just, 'Keep it going. Business as usual.' We're not gonna miss any dates. We're not gonna make a thing of it. We're gonna keep the band rolling.

"Frankie put so much of his life into building, helping to build, keeping the band going through good times, through bad — '80s, '90s, 2000s — if you think about it, and that's his baby; that's his legacy. And when the reality is that you're not gonna be around anymore, you still want your baby to grow and your legacy to grow, and that basically was always this unwritten thing. And I'm really glad.

"I always tell people I wish I could have found a way to fix his ailments, if you will, but, obviously, no one can do that," Grossi added. "But I take a lot of pride in knowing that we pulled it off last year and we're moving forward the way he wanted to and delivering a great show to people. So that I find comfort in. So that's been a positive." 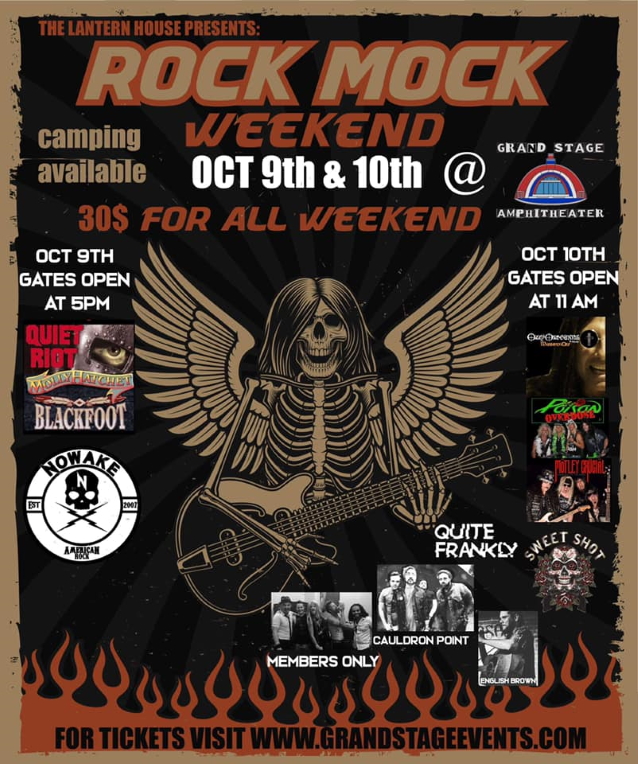