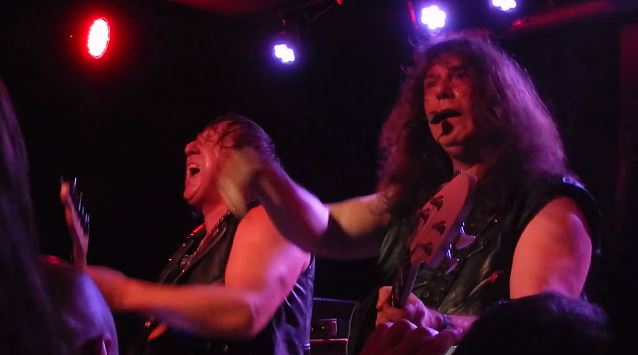 Fan-filmed video footage of the veteran British/American heavy metal trio RAVEN performing two new songs — "Destroy All Monsters" and "It's Not What You Got [It's The Way That You Do It)" — on November 21 at Saint Vitus in Brooklyn, New York can be seen below.

RAVEN launched a Kickstarter crowd-funding campaign to finance the recording of its next studio album, "ExtermiNation". The band has recorded a full-length covers CD titled "Party Killers" that was offered as an exclusive Kickstarter reward for backers. The group also offered exclusive t-shirts, patches, and a seven-inch vinyl single via the campaign, which ran through November 28 and raised over $27,000.