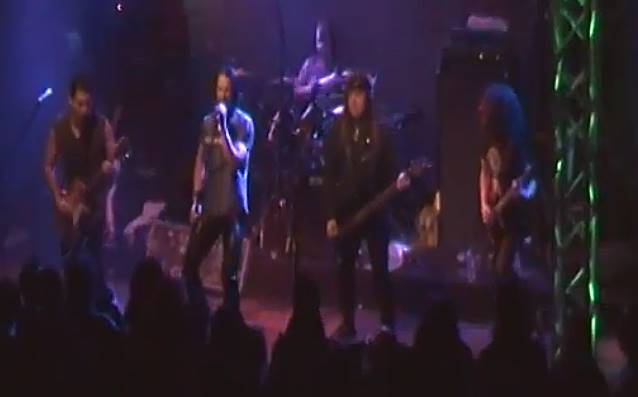 Fan-filmed video footage of RIOT V, the new band featuring nearly all the surviving members of the most recent lineup of U.S. metal pioneers RIOT, performing on February 9 in Athens, Greece can be seen below. The group's set includes a brand new song, "Metal Warriors".

RIOT V is continuing on in honor of the late great founding RIOT guitarist Mark Reale, who died from complications from Crohn's Disease in early 2012. The musicians decided to continue on with the blessings from the estate of Reale to keep the music and spirit of RIOT alive.

The continuing members decided to alter the name to RIOT V as the fifth chapter of the band's long history as well as Todd Michael Hall being the fifth singer following Guy Speranza (March 1956 - November 2003),Rhett Forrester (September 1956 – January 1994),Tony Moore and Mike Dimeo in the some 30-odd years of the band's existence.

RIOT V headed to Italy for a string of tribute dates starting in Brescia, ending in Thessaloniki, Greece on February 11, then returning home to start recording the new record slated for a summer 2014 release. The touring band for these tribute dates are longtime members Mike Flyntz (guitar),who has been Reale's guitar partner for over 25 years, and bassist/songwriter Don Van Stavern ("Thundersteel", "Privilege Of Power", "Immortal Soul"),new vocalist Todd Michael Hall (BURNING STARR, REVERENCE) and RIOT's "Army Of One" drummer Frank Gilchriest (VIRGIN STEELE, LIEGE LORD),who is stepping in as Bobby Jarzombek is fulfilling his duties with FATES WARNING and SEBASTIAN BACH.

Said Flyntz: "The decision whether to add a guitarist or try it myself was very difficult. We did play some shows without Mark when he was sick. Although they went as well as could be expected given the circumstances, I felt it was better for the music to add a second guitarist, as Mark added me in 1989.

"It is very important to me that everyone knows that Nick is not Mark's replacement. Mark Reale can never be replaced. I [am] taking on Mark's parts and Nick [is] doing most of my parts.

"Nick studied with me weekly from ages 9 to 17.

"Nick has always been a perfectionist and has always poured his heart into his music. He is a great writer and performer. I am very proud of him. He lives and breathes music and is one with his guitar. He has met Mark and saw us play live.

"I know there is no one else better matched to come in and help us recreate the RIOT sound. After the first rehearsal, I was convinced that we are doing the right thing by carrying on Mark's music and legacy.

"At our first rehearsal playing our opener 'Narita', I actually shed a tear hearing the song that I had played so many years side by side with Mark, but know the band will shine on in his honor and not disappoint the diehard fans." 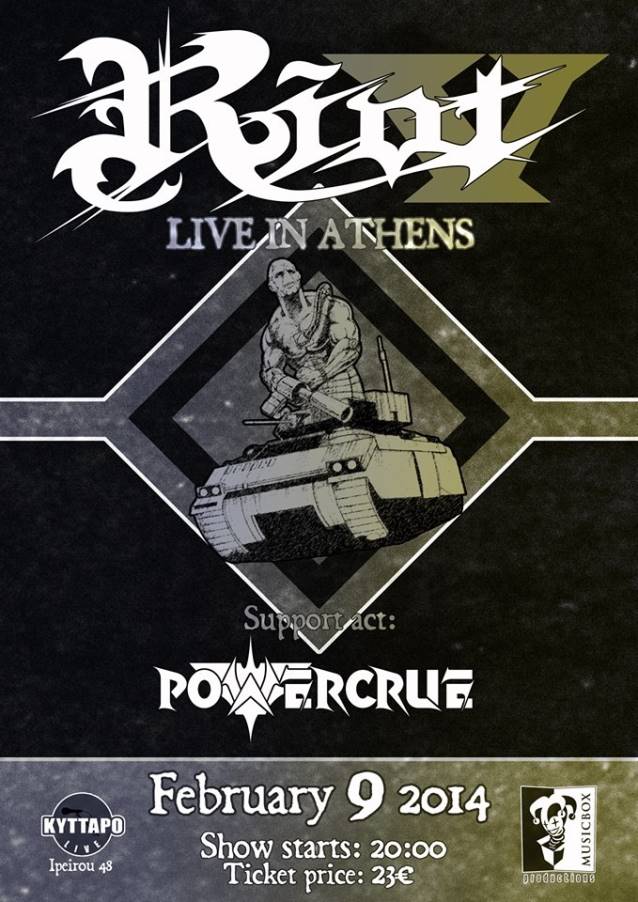