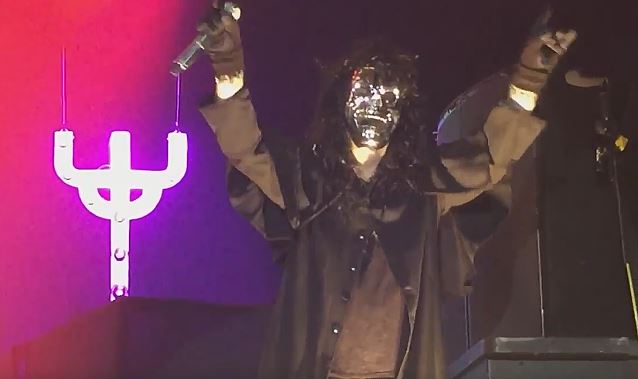 Halford recently told the Q104 radio station in Halifax, Nova Scotia, Canada about JUDAS PRIEST's plans to record the follow-up album to 2014's "Redeemer Of Souls": "Well, you know, in rock and roll, you've gotta kind of strike while the iron is hot, and that iron has been burning hot for decades for PRIEST now. It doesn't show any sign of cooling off, I can tell you that. The cool thing about where we're at right now is, of course, having Richie [Faulkner, new PRIEST guitarist] with us and having gone through that first writing experience together [on 'Redeemer Of Souls']. We were so motivated to keep writing as we were going along, but our label had a time schedule for us to keep, so we had to put the brakes on and start recording the songs that we'd written. And with that in mind, we're raring to go again, and I'm sure there'll be another PRIEST record in the not-too-distant metal future."

Asked whether he feels that "the clock is ticking" on JUDAS PRIEST's recording and touring career, Rob said: "Yeah, the clock is ticking, [but] we’re trying to hold it back. [Laughs] But it's great, man. I've gotta tell you, this band is having the time of its life, and we're very excited to be back out on the road after a short break from our last show, in Wacken in Germany at the big heavy metal festival there in front of eighty thousand heavy metal maniacs. So we're still bringing the fire and the metal with us wherever we go."