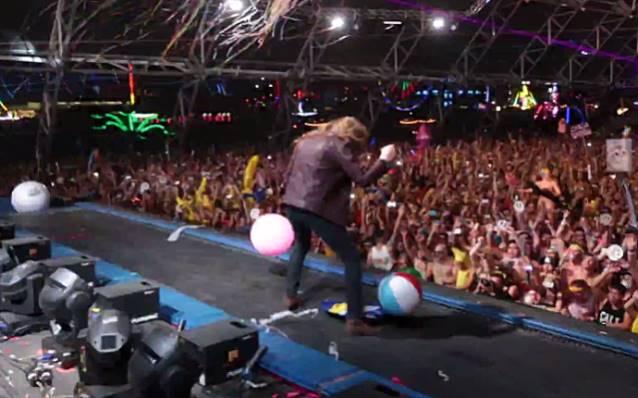 Video footage of former SKID ROW singer Sebastian Bach and the Swedish DJ/producer duo DADA LIFE — Olle Cornéer and Stefan Engblom — performing the song "Born To Rage" on June 22 at the Electric Daisy Carnival in Las Vegas, Nevada can be seen below. Also available is footage of Bach and DADA LIFE playing an acoustic version of the song on June 21.

Bach's vocals appear on the reworked edition of DADA LIFE's banger "Born To Rage", which was released in May. The track was previously described as "a kinetic peak-hour EDM jam with the crowd-pleasing obligatory buildup, breakdown and drop."

Asked how the Bach collaboration came about, DADA LIFE said during a recent Reddit AMA session: "We needed someone who really was born to rage and he seemed a good fit. And then he was open-minded enough to try the song and it sounded amazing."

The official video for "Born To Rage" featuring Bach was produced by Erin Gray, and directed by Chris O'Konski and Gabriel Stanley.

Released in an incredible 39 different, country-specific versions and immediately charting in the Top 5 at both the Beatport and Hype Machine charts worldwide, "Born To Rage" already carries significant pedigree. A track built around the duo's trademark exuberance and packed full of euphoric crescendos and an infectious punk rock style hook, the addition of Bach's remarkably distinctive vocal now gives "Born To Rage" a bold and exciting new dimension. Uniting the worlds of both electro house and rock, its broad-ranging appeal should make a significant impression on a more diverse, expansive audience and cement DADA LIFE's reputation for consistently pushing boundaries with their music. The track also retains its anthemic and full-bodied club worthiness and is sure to make a significant impression on dance floors the world over. 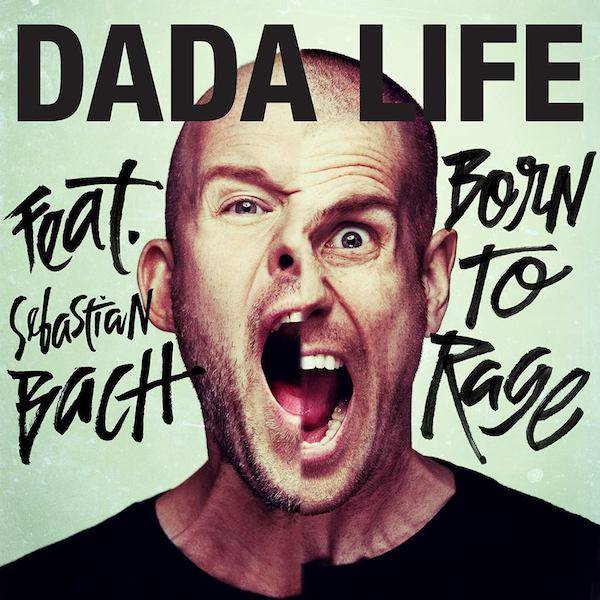