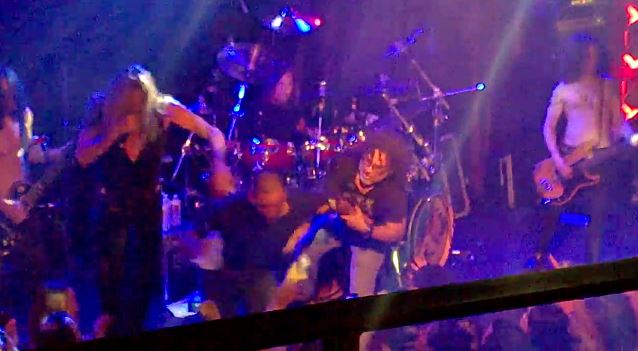 Former SKID ROW singer Sebastian Bach stopped his band's June 10 concert in Seattle, Washington after a fan climbed up on stage and stole the group's setlist before jumping back into the crowd, in the process injuring a fellow patron. The incident in question, which was captured in the fan-filmed video below, occurred during Bach's performance of the song "American Metalhead" from his 2007 album "Angel Down". A man can be seen making his way onto the stage and grabbing a drink from the cabinet next to the drum riser before casually walking over to the front of the stage and removing the setlist which was taped to the monitor in front of Bach. A security guy is then seen grabbing the fan from behind and throwing him into the audience. Sebastian can then be heard speaking directly to the fan, saying: 'Are you fucking serious? You're an idiot!' He then addresses the club security, saying, 'Fucking call the cops on this fucking guy.' He went on to say: 'Stop the show. Why? Like, why? This chick is hurt. This chick is hurt.'" Bach then proceeds to wait on stage while the injured fan is presumably being tended to by fellow concertgoers.

Bach is continuing to tour in support of his latest solo album, "Give 'Em Hell", which sold around 4,000 copies in the United States in its first week of release to debut at position No. 72 on The Billboard 200 chart. 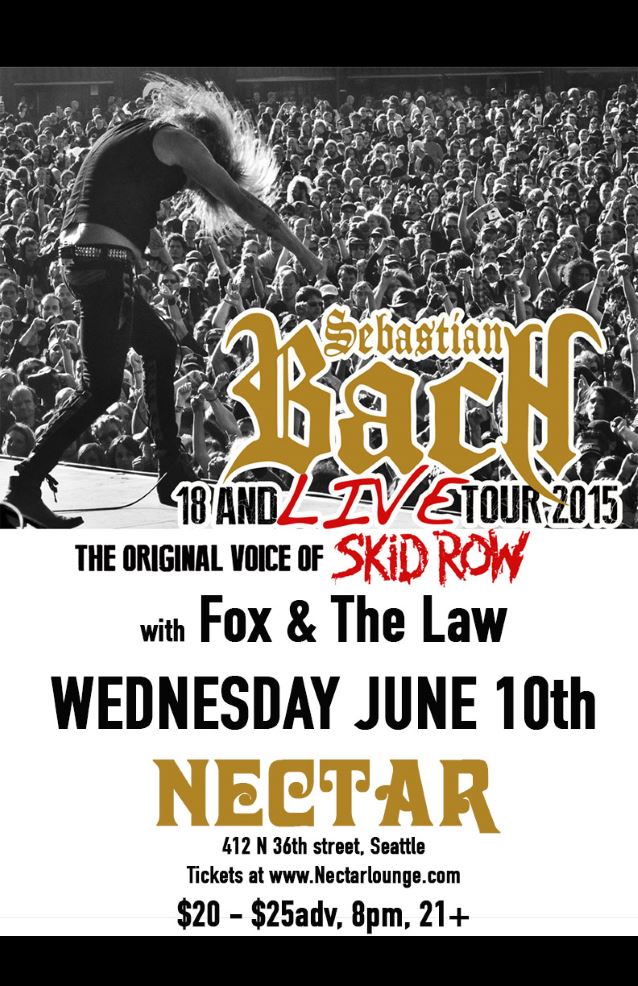