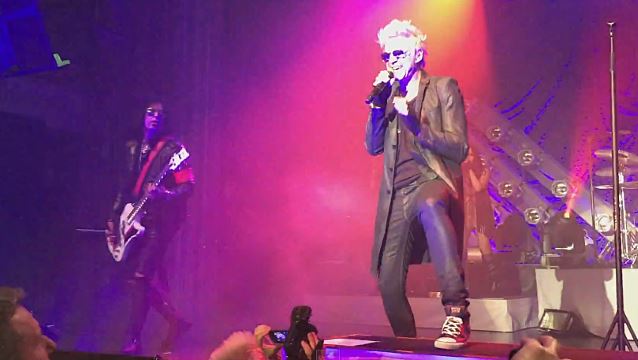 Says Michael: "We have been looking forward to play a headlining tour as SIXX: A.M. for years, so it's been tremendously exciting to even just start the tour, but to kick it off with a sold-out show and to such an extraordinary audience last night really made it a truly fantastic and memorable tour start and we can’t wait to see everybody out there at the upcoming shows over the next few weeks."

Fan-filmed video footage of the San Francisco concert can be seen below.

SIXX: A.M. will continue its "Modern Vintage" tour, playing a limited number of dates all across North America throughout the end of April, several nights of which are already sold out. While on the road, the prolific band is also already in the process of writing music for its upcoming fourth full-length album, which is tentatively due in 2016.

Known as strong advocates of new music, the members of SIXX: A.M. consciously curated a global lineup for the current tour by bringing along special guests APOCALYPTICA from Finland and VAMPS from Japan to introduce their fans to some of the most exciting new rock music from around the world.

Sixx notes: "SIXX: A.M. has always been about new music and unique creative concepts ever since our first album and the book. We think globally as a band and can't wait to play our music live all over the world next year so it only made sense to invite some of the best international rock bands out there to join us on our first headline tour and share the excitement we feel about new rock music with our audience."

To round out its live lineup, SIXX: A.M. has added drummer Dustin Steinke of BLEEKER RIDGE into the mix for the tour, as well as backup singers Melissa Harding and Amber VanBuskirk. Ashba says: "We really wanted to create a great, over-the-top live experience on this tour like all the artists of the late '60s and early '70s did who influenced our music.

"Dustin is an amazing drummer who fits in perfectly with James, Nikki and myself. Adding him, as well as singers Melissa and Amber, to our touring lineup really allows us to create the big-sounding show we had always envisioned for SIXX: A.M. live." 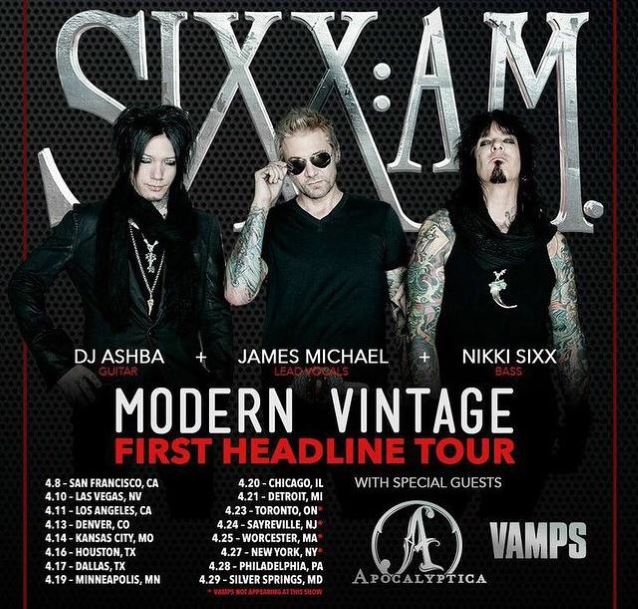