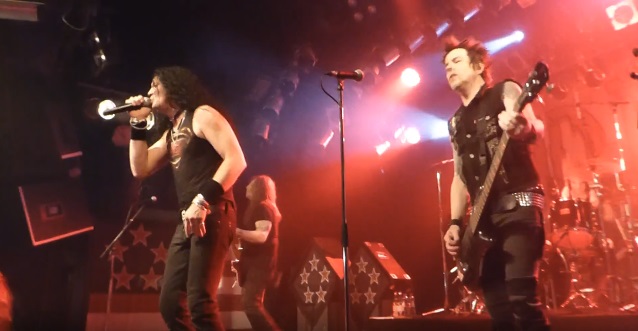 Fan-filmed video footage of SKID ROW's May 9 performance at Kulturbolaget in Malmö, Sweden can be seen below.

In a recent interview with Australia's Heavy music magazine, SKID ROW bassist Rachel Bolan confirmed that the group's next release will be "a full-length record" which will tentatively arrive in 2019.