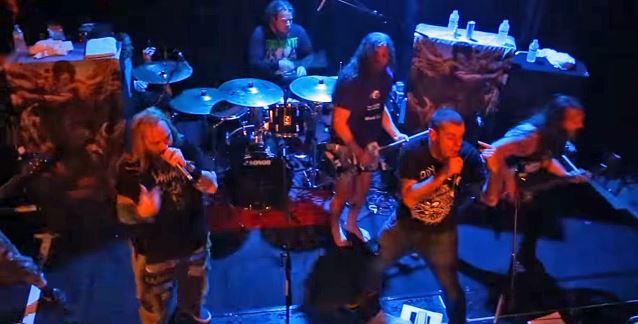 Photo-Concert.fr has uploaded video footage of members of SOULFLY and KING PARROT performing a cover version of the MOTÖRHEAD classic "Ace Of Spades" on February 11 at Connexion Live in Toulouse, France. Check it out below.

Former SEPULTURA and current SOULFLY frontman Max Cavalera told Metal Hammer magazine his favorite story involving iconic MOTÖRHEAD frontman Ian "Lemmy" Kilmister. He said: "My first encounter with Lemmy was a classic. SEPULTURA were on tour in 1989 with SODOM, and we were in London, playing the Marquee. We went to this little downstairs pub, and on the other side of the bar there was Lemmy playing his fruit machine! We almost fucking dropped dead. I got my courage together and I went over, saying, 'Hey Lemmy, I'm from Brazil, you're my hero!' He was trying to concentrate on his fruit machine, but I just kept talking until he took his glass of whisky and poured the whole thing over my head. I went back to the table and I said to Andreas [Kisser, SEPULTURA guitarist]: 'I just got baptized! Lemmy just baptized me with whisky!' I was so happy." 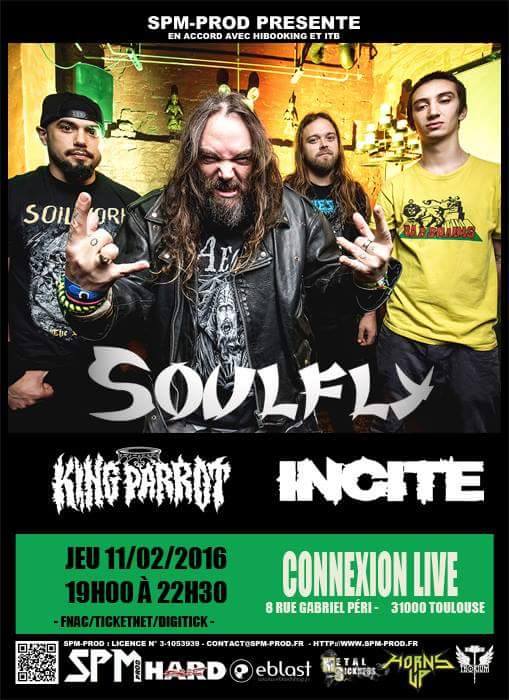