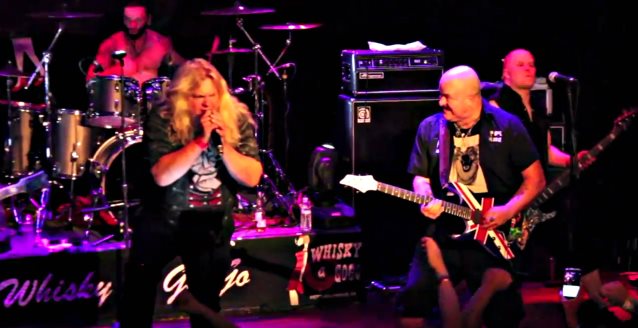 Video footage of the "Wrath Of The Ripper" performance from the Whisky A Go Go show can be seen below (filmed by Jake Perry).

Prior to the gigs, Nick stated about sharing the stage with his old bandmate once again: "Steve will be here promoting the new STEVE GRIMMETT'S GRIM REAPER CD but will be playing quite a few 'oldies but goodies' from the 'See You In Hell', 'Fear No Evil' and 'Rock You To Hell' GRIM REAPER albums. I'm delighted to be joining him and his kick-ass band on stage for those songs in L.A. and Phoenix. This'll be the third time in two years I've done this and it's gonna be a blast… especially as we'll be doing a couple of songs the original band never performed live, in addition to the 'usual suspects.' I'm far beyond psyched!"

STEVE GRIMMETT'S GRIM REAPER released its new album, "Walking In The Shadows", on September 23 via Dissonance Productions. The effort is GRIM REAPER's first new recording since 1987's "Rock You To Hell".

Bowcott initially played with STEVE GRIMMETT'S GRIM REAPER in 2014, marking the first time Steve and Nick appeared on stage together in more than 25 years. 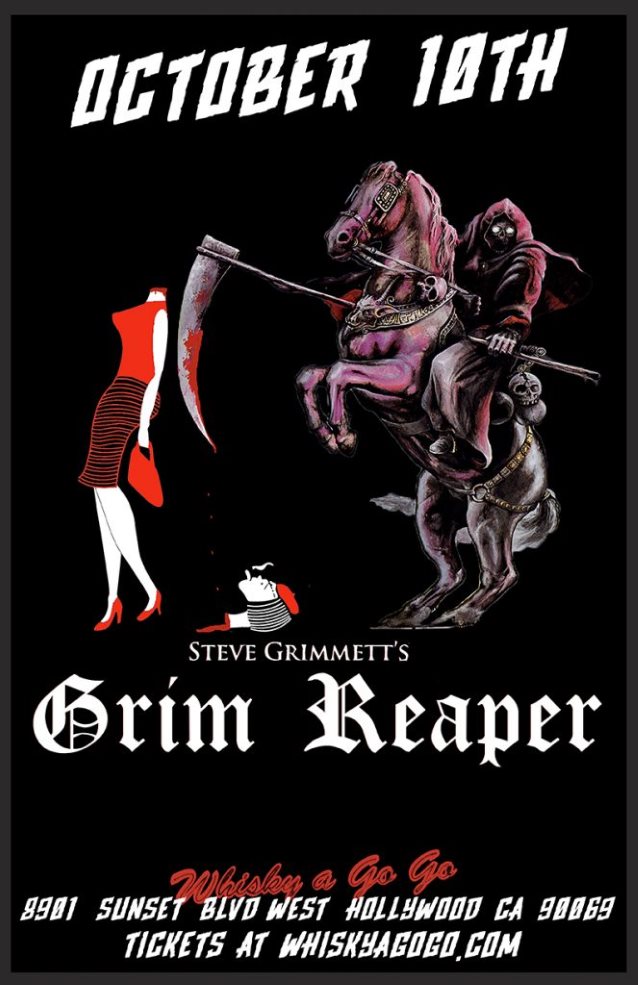