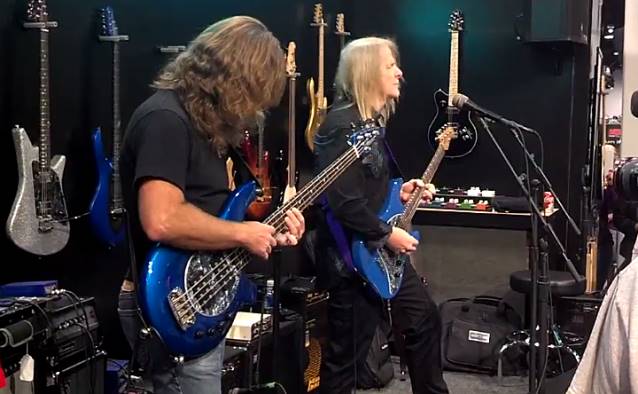 The concert release captures the band live in Tilburg, Netherlands at 013 on September 20, 2012. Directed and edited by Bernhard Baran (GUNS 'N' ROSES, THE CURE, PORCUPINE TREE) with Bill Evans as executive producer, the concert presents the entire studio album, alongside popular favorites performed by the individual members of the band.

The self-titled debut album from FLYING COLORS sold 6,300 copies in the United States in its first week of release to land at position No. 81 on The Billboard 200 chart.

Steve Morse and Dave LaRue have developed magical music chemistry over the years that began early in their careers as partners in DIXIE DREGS. In 1995, Morse subsequently became a member of DEEP PURPLE, while LaRue's ongoing musical adventures include Joe Satriani, John Petrucci, Jordan Rudess, Steve Vai, and the aforementioned Portnoy.