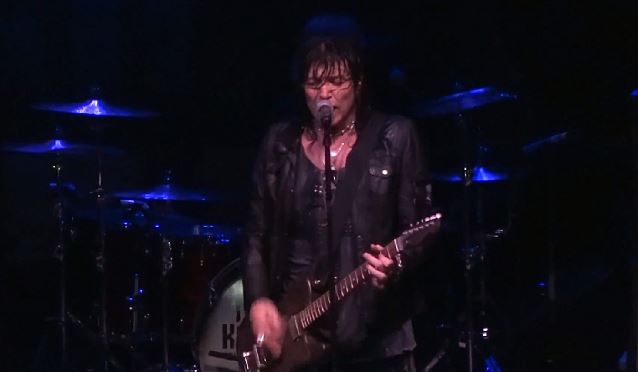 Fan-filmed video footage of Tom Keifer, best known as the singer/songwriter/guitarist of the Philadelphia-based blues-rock band CINDERELLA, performing on September 20 at Ziggy's By The Sea in Wilmington, North Carolina can be seen below.

"I took a lot of time making this record," he continued. "I made it over 10 years. I wanted to make something I loved. My wife, Savannah (Snow),co-wrote a lot of the songs with me. It was a blessing to me.