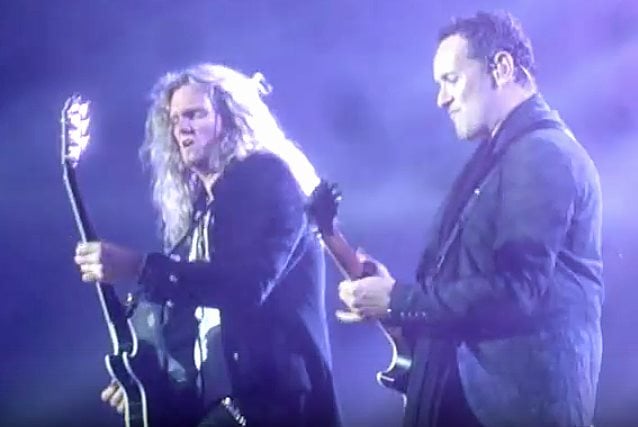 DEF LEPPARD guitarist Vivian Campbell rejoined his former bandmates in WHITESNAKE on stage on December 19 in Sheffield, England to perform the WHITESNAKE classic "Still Of The Night". Fan-filmed video footage of his appearance can be seen below.

Asked if he regrets not getting a chance to make an album with WHITESNAKE during his brief stint with the band, Vivian told ChronicleLive: "Not really. I don't really think of WHITESNAKE as being part of my career, because I never got to write any new songs with them. I was with them just under two years for one very, very long tour. We went in to start making a new record but things didn't work out for one reason or another. David [Coverdale, WHITESNAKE frontman] basically said he just wanted to write with Adrian Vandenberg [guitar] as they had a good partnership going, and that was fair enough; it was his band and his prerogative. At the same time, Adrian didn't want me in the band. It was nothing personal. He didn't want any other guitar player there; he wanted to be a solo guitar player in WHITESNAKE. It was a very uncomfortable situation, along with the fact that my ex-wife and Tawny Kitaen, David's wife at the time, just didn't get on at all, so that added to the drama. David and I just decided to part ways. I also don't think we that great a band compared to some of the great bands I've been in."

Regarding why that lineup of WHITESNAKE never worked for him, Vivian said: "That lineup of WHITESNAKE never really gelled musically, and I think that's because we met on the set of a video and the first thing we did was the 'Still Of The Night' video. The second thing we did was the 'Here I Go Again' video, and then we did the 'Is This Love' video, and then we went in to rehearse. We literally rehearsed for 48 hours and went out on tour. For me, it was just an image-based band because of MTV, and none of us had played on the record, so there was no chemistry unlike in DIO, where the chemistry was unmistakable. When I played with Jimmy [Bain, bass] and Vinny [Appice, drums] in DIO, we were really tight together, but in WHITESNAKE it felt like five guys each doing their own thing. On paper, the pedigree was amazing, with Tommy Aldridge [drums], Adrian Vandenberg and Rudy Sarzo [bass]. We were all great individually, but that lineup with those musicians never really gelled. It was fun at the time, and I was flattered to have been invited to be a part of the band, but it doesn't mean an awful lot to me from a musical point of view."

In a 2011 interview with Ultimate Guitar, Coverdale spoke about the circumstances that led to Vivian's exit from WHITESNAKE. He said: "When I had people submit ideas for the follow-up album to '87, Vivian put in some songs and it's as if he never ever listened to WHITESNAKE or worked with them. They had no WHITESNAKE elements in them at all, and that time I believe it was his wife or soon-to-be-ex-wife, who actually went behind my back to speak to the record company to say that I wasn't being fair with Vivian, which was nonsense; I loved Vivian. But she had some interesting energy about her, so ultimately it led to the demise and Vivian being asked to leave." 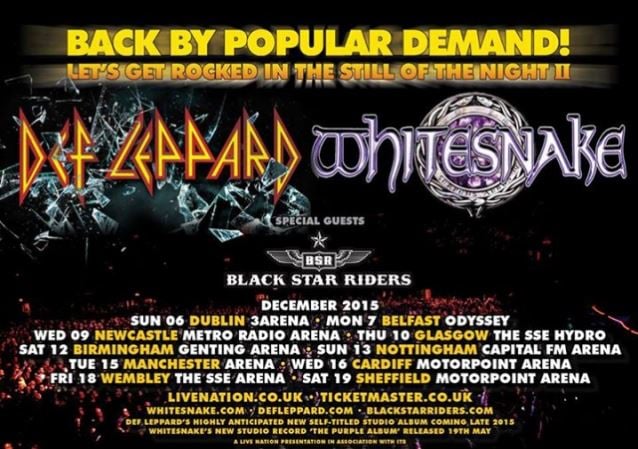