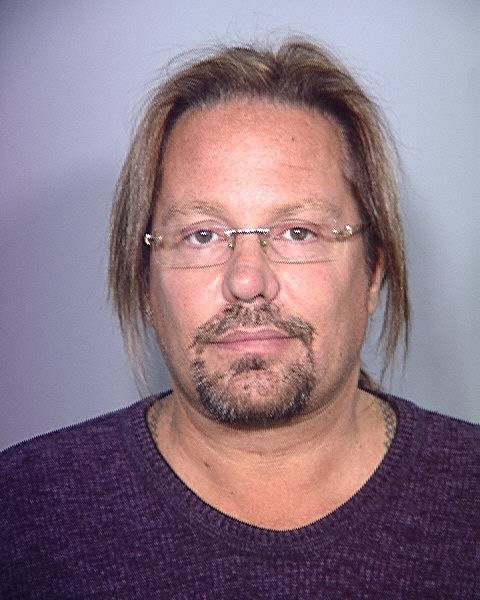 According to the Las Vegas Sun, MÖTLEY CRÜE frontman Vince Neil has been ordered by a Las Vegas judge to stay away from and not to have contact with his ex-girlfriend, Alicia Jacobs.

Neil pleaded not guilty today through his attorneys to a charge of battery constituting domestic violence for allegedly striking Jacobs in the chest with his finger. He also pleaded not guilty to another misdemeanor charge, disorderly conduct for allegedly harassing Jacobs' friends, Patricia McCrone, and John Katsilometes, who is a Las Vegas Sun columnist and editor.

Neil last week completed all of the requirements of his sentence stemming from his DUI case from last June. The sentence ordered him to serve 15 days of jail time, 15 days of house arrest, pay a $585 fine, attend DUI school and attend a victim-impact panel online.