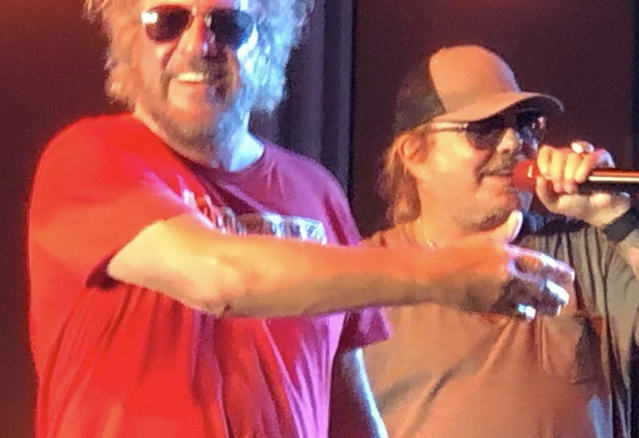 MÖTLEY CRÜE's Vince Neil joined SAMMY HAGAR & THE CIRCLE on stage last night (Wednesday, May 26) at the Dr. Phillips Center in Orlando, Florida to perform a cover version of the LED ZEPPELIN classic "Rock And Roll".

Earlier today, Hagar shared a photo of him and Neil at the gig, and he wrote in an accompanying caption: "look who showed up the second night in Orlando to sit in on LED ZEPPELIN's rock 'n' roll. two great shows thank you orlando #vinceneil #florida #livemusic #thecircle #singers".

SAMMY HAGAR & THE CIRCLE kicked off a five-date tour of Florida on Sunday (May 23) at Key West, Florida's Coffee Butler Amphitheater.

Earlier this month, MÖTLEY CRÜE's "The Stadium Tour" with DEF LEPPARD, POISON and JOAN JETT & THE BLACKHEARTS was officially postponed until 2022.