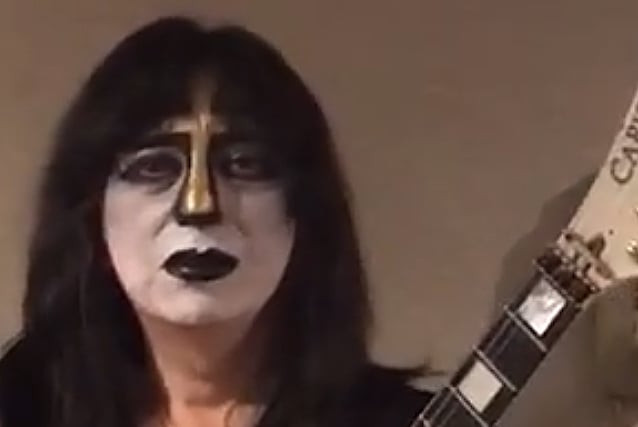 Former KISS guitarist Vinnie Vincent donned a variation of the "Ankh Warrior" makeup for his appearance at this past weekend's Chiller Theatre event in Parsippany, New Jersey. Several photos can be seen below.

Vinnie's comeback concerts will take place December 7 and December 8 in Memphis, Tennessee at the Theatre at Graceland. They will mark Vincent's first return to the stage in over 30 years.

With Vinnie Vincent. Holding up our own V guitars! He's had his since 1985... I've had mine since 1994. Been a good weekend helping Vinnie at our show. Chiller Theatre!

The great Mitch Weissman and Vinnie Vincent tonight in Jersey... awesome! Thanks to Mitch for sending in the pics! pic.twitter.com/Uby1xyEZTi