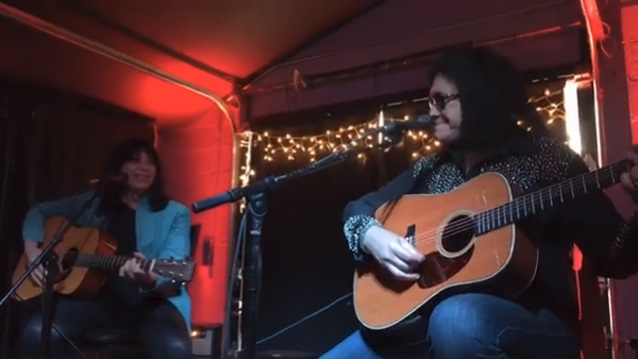 Video footage of Vincent's appearance can be seen below (courtesy of a Facebook Live video from Rosie Luck).

When the event was first confirmed in early March, Vincent stated in a Facebook post: "To Gene, thank you, my very valued friend. I'm humbled and honored to be a part of you again and I thank you so much for this wonderful ad. I will treasure it and you and our incredible history together. [I am] looking forward to seeing you. Love always!"

Vinnie made his first public appearance in 20 years at the Atlanta KISS Expo in January. During a question-and-answer session at the event, Vincent said that reconnecting with Gene was "probably the nicest thing that's happened" to him in recent years. "I love Gene," he said. "In the early days, he treated me so supportive."

Regarding how he re-established friendly relations with his one-time bandmate, Vincent said: "I have an e-mail address that I hadn't checked in about five years. It was an e-mail I only used for certain things that were going on business-wise, and once that business was done, I never checked it anymore. I don't know what caused me to do this — forces sometimes, they compel you to do something, you don't know why — Christmas night, I said, 'I better check this e-mail, just to see if it's still there.' I see three e-mails from Gene. I say, 'Isn't that great? How nice. I wonder what I did wrong now. [Laughs] I wonder what he's yelling me at for now.' I'm looking at the dates of these e-mails, and they're from June and July. This is Christmas night. I opened it up and it had to do with [Simmons's recently released box set] 'The Vault'. We had written a lot of songs during the 'Revenge' era, and I think there's one on there — one of my favorite songs, my own personal favorite songs, 'I Wanna Live'. This was June; he sent me another one two weeks later and gets no answer from me. Then he sends me another one in July, and there's no answer from Vinnie, basically about the same thing. I said, I bet that's why he's mad at me. I read all three e-mails, and I said [imitates typing], 'I love you; I miss you; come on home,' you know? Then we started e-mailing again. He said, 'I'd like to have 'I Wanna Live' on 'The Vault', and invited me to Nashville and receive it on stage and to meet each other again. I said to him, 'Listen, you said some stuff about me — come on, we're past this.' I said, 'I just want you to know, I still love you. I always will. We had a lot of good things. Let's move on.' The e-mail vibe was great."

Gene and Vinnie together after 20 years . ❤️ 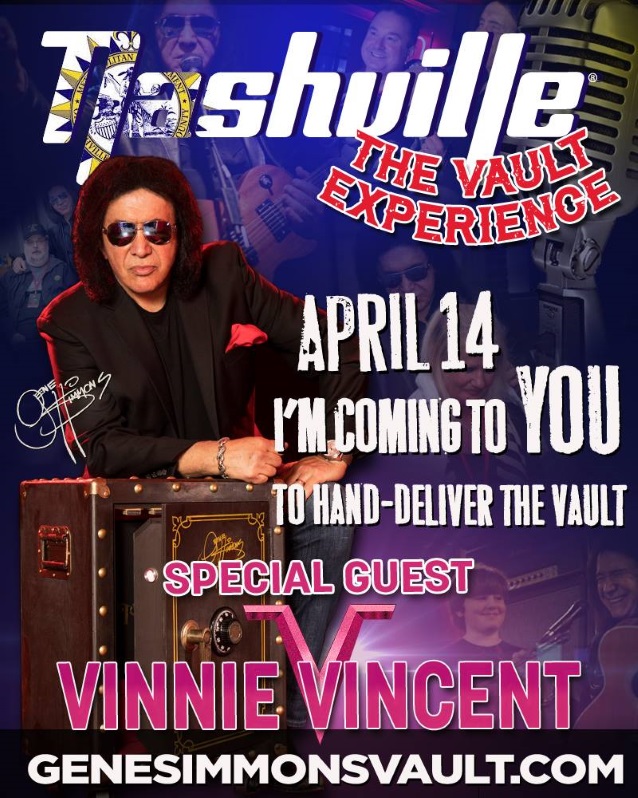