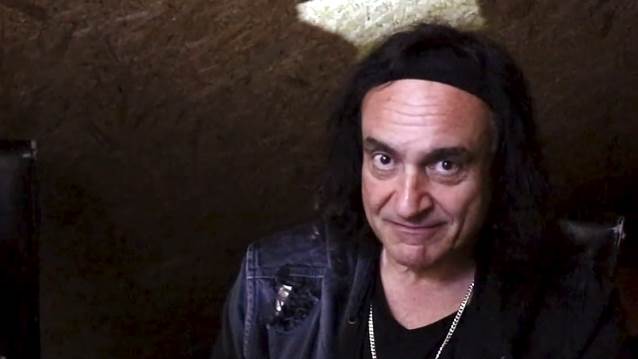 Legendary heavy metal drummer Vinny Appice has told Slovakia's RockHard magazine that he doesn't listen to any modern hard rock and heavy metal bands. "I don't listen to anything," he said (see video below). "You know why? Because I'm always playing. Playing… I've got my band LAST IN LINE with Vivian Campbell. We're doing the second album, we're in the studio, I'm playing. My ears… It's like I don't really… When I go home… I think I listen to more music… No, I don't do that. And a lot of the stuff I hear, it doesn't catch my [interest]. It's computer involved — cut and paste, and put the verse in the verse… There's some great stuff out there; I just don't listen to anything."

Under the moniker APPICE, Vinny and his brother Carmine released "Sinister", their first joint studio album, last October through SPV/Steamhammer.