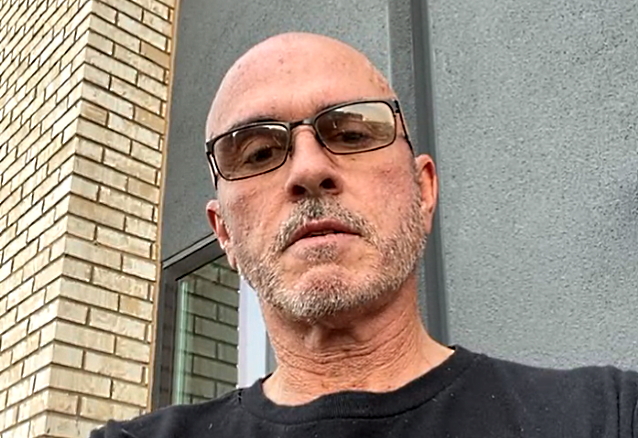 VIO-LENCE Singer Explains PHIL DEMMEL's Fill-In Gig With LAMB OF GOD: 'A Couple Of The Guys In The Band Are Not Down With Doing The Vaxx'

VIO-LENCE singer Sean Killian spoke to George Dionne of KNAC.COM about VIO-LENCE/ex-MACHINE HEAD guitarist Phil Demmel's recent revelation that he will miss some of VIO-LENCE's upcoming gigs due to his touring commitments with other projects. Killian said (as transcribed by BLABBERMOUTH.NET): "[Phil has] been asked by LAMB OF GOD to be able to step in for 'em, 'cause a couple of the guys in the band are not down with doing the vaxx," referring to the COVID-19 vaccine, "so if there's countries that are still closed by the time they go out, he'll go out. But we have a solid backup already ready to go. And he's someone that a lot of people know; I just don't wanna say who it is. You don't wanna put it out there and then not have it happen. But if Phil's not there [at some of the VIO-LENCE shows], the guy that will be there is just as good as Phil is on the axe. He's a shredder. And everyone knows him, so if I told you, you would know right away."

Demmel filled in for LAMB OF GOD guitarist Willie Adler during the band's January appearance on the ShipRocked cruise. Phil also toured the U.S. in March with OVERKILL as the temporary replacement for Dave Linsk.

Last August, Killian revealed that he was hospitalized with COVID-19 after his lung capacity was compromised. But he later defended his own decision to not take the coronavirus vaccine, saying "it's about freedom" for him. The 57-year-old musician, who battled stage four liver cirrhosis five years ago, said: "I'm a free man. I'm internal. My freedom comes from within, not from anyone else. Nobody determines my freedom. So, don't step on my freedom — that's all. And don't step on other people's [freedom]… My business is not someone else's business. Like I said, my freedom's internal. I decide — no one else."