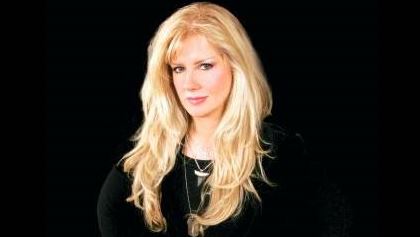 The official Facebook page of the platinum-selling all-female '80s band VIXEN has been updated with the following message:

"It is with profound sadness that we announce the sudden passing of VIXEN founder and lead guitarist, Jan Kuehnemund, who lost a fierce battle with cancer on Thursday, October 10, 2013.

"Though most well known for her gifted guitar playing and other musical talents, Jan was a rare friend and beautiful in every sense of the word. Humble, thoughtful, loyal and kind, she was the most gracious of women, possessing the quiet strength of a true warrior. She genuinely loved and appreciated her friends and fans more than most could ever know. Those who were most fortunate to have known her and loved her are heartbroken at the loss of Jan, whose spirit will shine through her music eternally.

"Jan was very courageous. Never complained. Never gave up. The cancer beat her body but it NEVER broke her spirit at any point.

"Up until the actual moment that she died, she really believed she was going back home.

Jan Kuehnemund was only 51 years old at the time of her death.

The group, whose latest lineup featured Kuehnemund alongside Jenna Sanz-Agero (vocals),Lynn Louise Lowrey (bass),and Kat Kraft (drums),reformed several times, most recently in 2008, resulting in the live release "Live In Sweden", which arrived in 2009.

"Live & Learn" was VIXEN's first studio recording to feature Kuehnemund since 1990's "Rev It Up".

Kuehnemund reformed VIXEN in 2001 for the Voices of Metal tour with a lineup that had to be revamped 10 dates into the trek. Undeterred, with less than a month of rehearsals, the three new members successfully finished the run.

VIXEN's original members, Kuehnemund, vocalist Janet Gardner, drummer Roxy Petrucci and bassist Share Ross appeared together on VH1's "Bands Reunited" in October 2004 to reminisce about their start on L.A.'s Sunset Strip and their rise to fame in the late 1980s, before the onset of grunge in the early 1990s displaced metal at the top of the charts. They also took part in a short performance for the program.

Gardner, Petrucci and Ross are currently performing together in a new band called JANETSHAREROXYGINA. The group's lineup is rounded out by Gina Stile, who was the guitarist on VIXEN's "Tangerine" album.

In a statement on her Facebook page, Ross wrote: "Much more than simply a brilliant guitarist and amazing songwriter, Jan was one of the kindest souls you could ever hope to meet. She remembered everyone's birthdays and special occasions with gifts and was one of the most gracious women on the planet.

"Through her year-long battle with cancer, Jan was very courageous. She never complained and never gave up. The cancer beat her body but it never broke her spirit at any moment.

"For those of you who wondered why VIXEN never reunited, we actually did reunite.

"We had resolved our differences and were wholeheartedly looking forward to playing together again.

"In January 2013, only days before the announcement was to be made public, Jan was given her cancer diagnosis. She requested that we keep her illness private and out of respect for her wishes when press and fans asked us why we were not back together, we replied 'it's a matter of timing.' Since then we've been in regular contact with her and offered our loving support while continually hoping to make 2014 the year of VIXEN. However, it was not meant to be.

"Our condolences go out to her family.

"Memorial services will be announced at a later date.

"Jan, you will be missed. But never forgotten.

"Don't cry because it's over. Smile because it happened."

In April 2013 interview with GuitarWorld.com, Ross stated about the formation of JANETSHAREROXYGINA: "We've been talking about getting back together as VIXEN for a while. I know some people think there are some big shenanigans going on, but the fact is we're all still friends with Jan. The timing just isn't right. So, we've decided to let go of the VIXEN thing for now and reached out to Gina. Out of respect for Jan, we're not going to call it VIXEN and instead calling it JSRG." 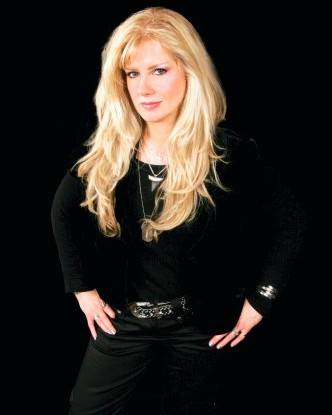