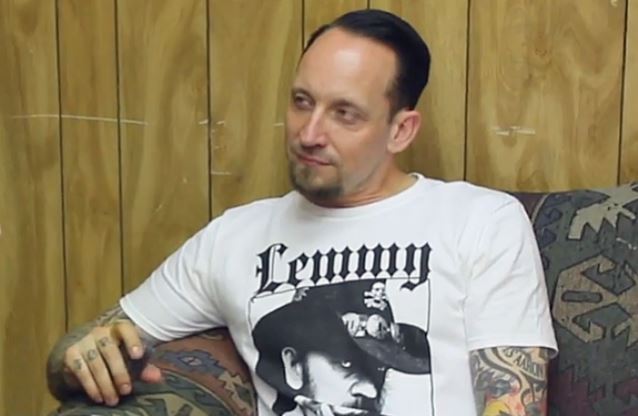 KFMX's Wes Nessman conducted an interview with guitarist/vocalist Michael Poulsen of Danish/American rock 'n' rollers VOLBEAT before the band's April 26 performance at X-Fest 2016 in Lubbock, Texas. You can now watch the chat below. A couple of excerpts follow (transcribed by BLABBERMOUTH.NET).

Michael: "The process, it's great. We're hard workers. If we're not on the road, which we are constantly, we are working at home, or on the road, writing new songs. This time we took the right time at home to finish up the songs. I bought a new house away from the city in the countryside, and it pretty much isolated me for half a year to finish up the songs. And that was the right thing to do. Every details are totally in the right box, and the recording process was really food. We had Jacob Hansen again as the head producer, and me and Rob [Caggiano, guitar] have been co-producing. And yeah, without any doubt, I think it's our strongest work so far. The melodies are really in the front seat. We've got great great guest singers and musicians. We've got Danko Jones, we've got the Harlem Gospel Choir, we've got a girl doing some backing vocals on five tracks. We've got one of my good friends on bagpipes…. It's a very solid album. It's a rock album. We're not flirting too much around with all the different styles that we normally do, but it's underneath the layers. This is more a complete VOLBEAT album. I'm very proud of it."

Michael: "That was one of those really weird wake-up calls. We've all been talking the last thirty years, 'Wow, we think he's going now,' but, you know, he always seemed like that immortal soldier. But when it happened, it definitely… it got to me. And it's still weird that we're not supposed to see him anymore at any festivals or tours. But he will still be a very, very big inspiration for every band [which] continues soldiering on on the road and new bands coming up. He will still be a huge inspiration for a lot of people."

"Seal The Deal & Let's Boogie" will be released on June 3 via Republic Records.

Longtime friend Kaspar Boye Larsen is assisting VOLBEAT as bass player for the band's current U.S. shows. He actually stepped in before to help the band out on bass during their very first European tour in 2006. Recognizable to the fan family, he's supported VOLBEAT as an opening act in previous bands such as THE HITCHCOCKS and THE KANDIDATE. 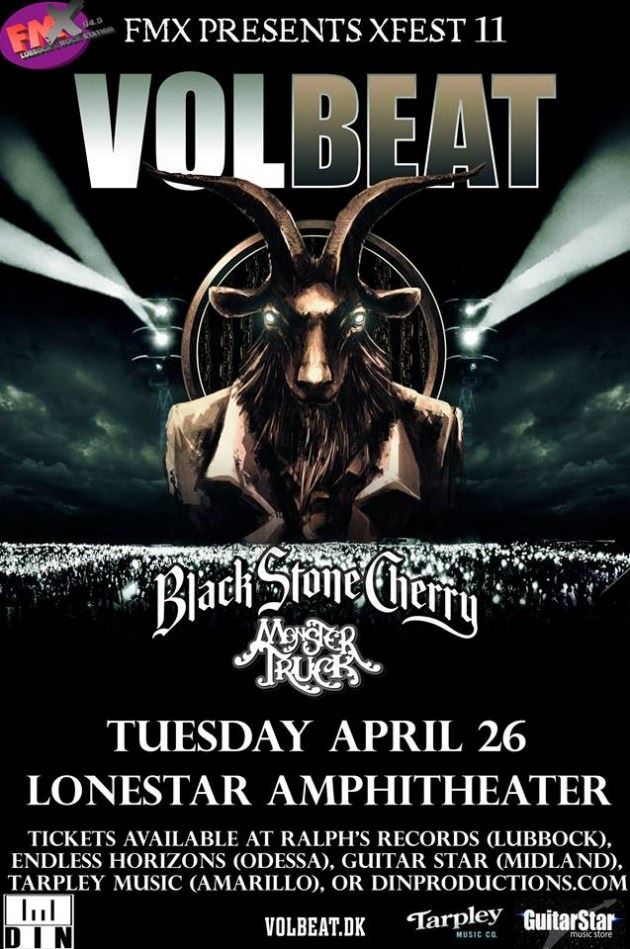