ICS Festival Service GmbH, which organizes the Wacken Open Air festival, has announced that all 70,000 tickets have already been sold for next year's event, which will be held July 30 - August 1, 2009 in Wacken, Germany. "Never before [has] a festival of this size [been] sold out two times within one year," they write in a statement. "But we are not chasing after records — we 'only' want to create a great festival for you and are working on it since more than 20 years now and standing in responsibility and duty for the best fans in the world! We thank you all for your amazing support and loyalty!"

The Wacken Open Air 2009 festival billing is shaping up as follows:

Contraband Candy's two-part report on this year's Wacken Open Air festival, which was held July 31 - August 2, 2008 in Wacken, Germany, can be viewed below. 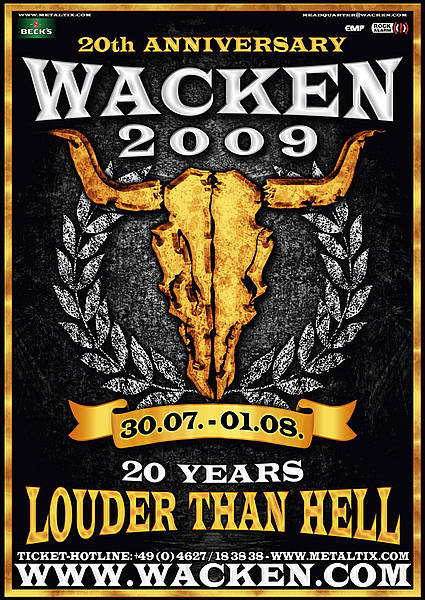