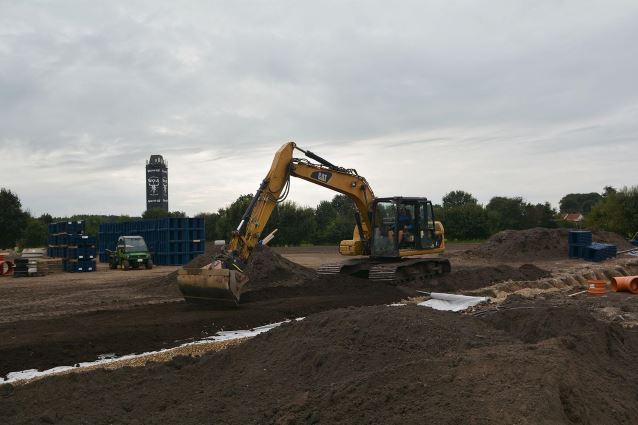 It is known as the "Holy Wacken Land," but during this autumn, the infield in Wacken, Germany, where the world's biggest heavy metal festival takes place, looked like a moonscape. Large infrastructure measures for drainage and securing the area required special treatment.

During the last two years, the Wacken Open Air was drawn by rain and mud. The water could not flow off properly and made the subsoil gritty.

"Over the last few years, we have reached the limits of what we can expect from our 'Holy Wacken Land' and the visitors," says organizer Holger Hübner. For this reason, the company invested in comprehensive construction measures.

The first construction phase consisted of excavations and straightening of the area. Several excavators, tractors and bulldozers were used to remove sinks and elevations, which had deformed the ground due to the stresses of recent years so the water had accumulated in the sinks and could not drain off.

In the second phase of the conversion, the already existing drainage was expanded and conceptually improved. For this purpose, a canal with large blind drain (an underground buffer store for rainwater) has been built which can absorb the surface water of the entire site. There, the water can selectively and effectively seep away in the ground. If this area is also filled up, there is another large water storage, which increases the capacity of the disposal system. In case of an overflow of this water storage, the water can be directed directly into the Kiel Canal.

The third phase is concerned with the planting of the field. Experience has shown that normal grass cannot stand the requirements of a festival in the long term. Therefore the decision was made to plant clover and mustard seed next to field grass. The deep roots of the mustard plants ensure a well-aerated soil and break down soil compaction — and it works as a natural drainage. Other areas of the infield, however, were no longer planted, but fixed with gravel to secure the festival ground and the channels of supply.

All the infrastructural measures will show their effects during the Wacken Open Air 2017. 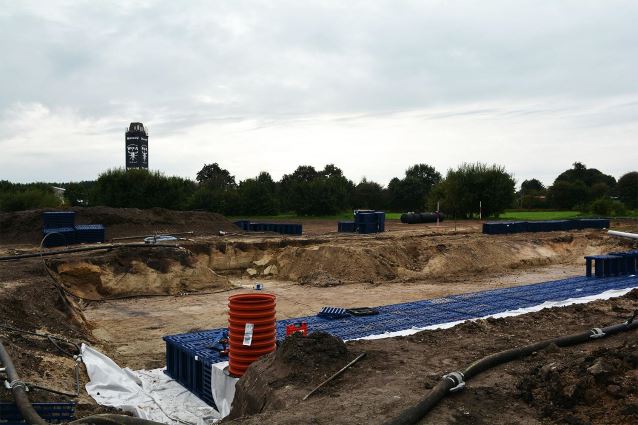 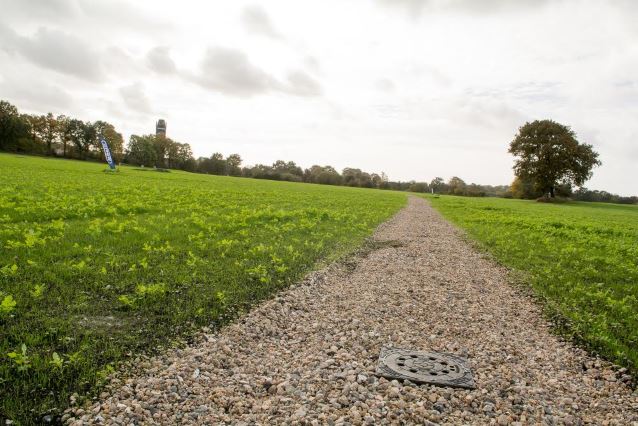