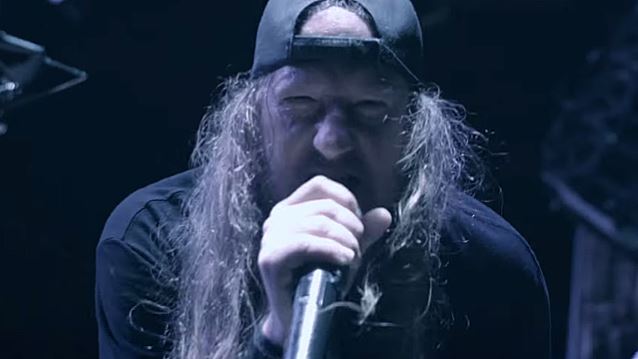 Commented WARBEAST drummer José Manuel Gonzales: "[These are] two young guns with a fire in their bellies and hungry for thrash.

"It's humbling and refreshing for me to work with two dedicated individuals ready and eager to hit the road and continue the tradition of thrash."

Shoup was always a big fan and supporter of WARBEAST. Born in Dallas, he moved to Colorado at the age of 10. He recently moved back to texas pursue this opportunity to join one of his favorite bands. He says: "WARBEAST is one of the tightest, most energetic bands I've ever heard. I am very excited to be a part of what they do."

Ferchaud, who is the stepson of WARBEAST singer Bruce Corbitt, started doing gigs in clubs at the young age of 15 with his band PSYCLOPS. He's also performed with his dad's bands… who is a proven lifetime singer/musician. His youthfulness will not be a concern for Lyric when it comes to his self-confidence… as he proclaims: "I've watched the band become who they are and to be a part of that is pure excellence. I feel that joining this band will keep 'The Beast' alive as it should always be, and lead to even more powerful thrash metal than before."

Bruce is very thrilled about the future of WARBEAST, with Lyric and Drew now in the band. He says: "The positive energy they both bring is so cool and it's like breath of fresh air. They're both excited and this is a big step up for both of them. They want to contribute to the creative side of the band too."

He continues: "Drew has worked really hard to make the transition to move back to Dallas/Fort Worth, as well as to learn our material. I know we made the right choice by picking Drew to fill this spot… I really like the guy."

As for Lyric joining WARBEAST, Bruce states: "Obviously I'm really proud of him and it's nice to have a member of the family in the band too." He explains why this didn't happen sooner. "We've all known how talented Lyric was for many years. But I believed it would have been a mistake to give him a chance like this too soon. It was kind of like the old show 'Kung Fu' and he was Grasshopper… 'When you can take the pebble from my hand, it will be time for you to join WARBEAST. [Laughs]"

WARBEAST also recently had a clean sweep in the "Thrash Metal" category at the Maxima Distorzion Awards, which honors Texas bands and musicians for metal, rock and punk genres. WARBEAST won the "People's Choice" award for "Best Thrash Band" in Texas, and the three remaining core members of the band also won the "People's Choice" awards in their respective categories.