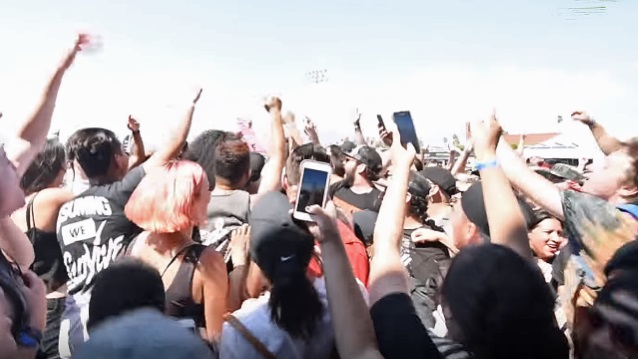 WARPED TOUR To Come To An End After 2018 Run

According to The Pulse Of Radio, the Vans Warped Tour, the last major annual traveling music festival in North America, has announced that 2018 will be its final year, marking the tour's 24th edition since it first launched in 1995. No lineup has been announced as of yet, but the tour itinerary has been confirmed. The trek will begin on June 21 in Pomona, California, coming to a close on August 5 in West Palm Beach, Florida.

Tour founder Kevin Lyman told Billboard why he decided to end the tour next year, explaining: "We were doing fine, but we had a pretty big dip last year. It was that younger end of the demo... I talked to people after the tour and bands did great on merchandise, they had great crowds — everyone had good crowds in front of the stage. But that casual fan that's learning how to go to a music festival — they were not there last summer. It was a really great show, sponsors were happy, but our attendance was down."

Lyman added about the final tour: "I'm looking to bring everyone a great show and have a great summer and connect with a lot of people, you know? For me, the saddest thing is I'll be seeing sunrises and sunsets for the last time in a lot of those parking lots."

Lyman did hint at some sort of celebration of the tour's 25th anniversary in 2019, adding a statement to fans: "I truly look forward to seeing as many of you as possible during this final cross country run, and getting to thank you for your support on this wild adventure."

Lyman launched the Warped Tour after spending four years working on Lollapalooza, wanting to do a show that mixed punk, hardcore, alternative and action sports. Since then more than 1,700 acts have played in front of more than 11 million people around the world on Warped stages.

PARAMORE singer Hayley Williams, whose band spent time on several editions of the tour, told The Pulse Of Radio a while back why she enjoyed being part of it. "I love it. It's such a great community," she said. "Every night you're barbecuing with anyone from, like, the local band that was lucky enough to get on a stage, you know, and they're freaking out about it or, all the way from them to Kevin Lyman, who's the owner and the founder of the tour."

Among the acts that played the first Warped Tour were NO DOUBT and SUBLIME, while other artists who have appeared on the tour over the years include PENNYWISE, SOCIAL DISTORTION, BAD RELIGION, RANCID, THE OFFSPRING, BLINK-182, SUM 41, GOOD CHARLOTTE, THE USED, JIMMY EAT WORLD, FALL OUT BOY, MY CHEMICAL ROMANCE, AVENGED SEVENFOLD, THE BLACK EYED PEAS, Katy Perry, GREEN DAY, PARAMORE, BEARTOOTH and many more.

Lyman hinted that he hopes to have a number of Warped Tour veterans show up for its final summer. 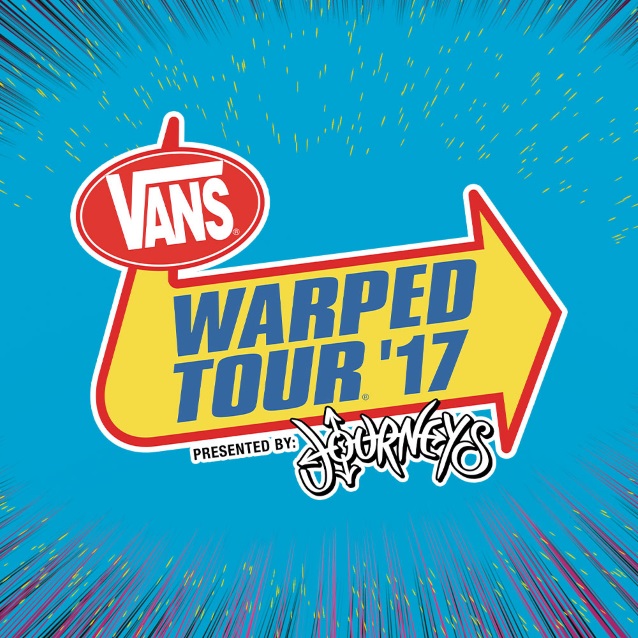