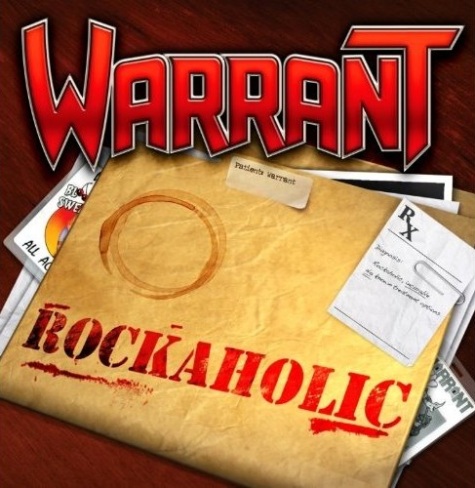 Brian Fischer-Giffin of Loud magazine recently conducted an interview with guitarist Erik Turner of Californian rockers WARRANT. A couple of excerpts from the chat follow below.

Loud: There's probably people surprised that there still is a WARRANT.

Turner: We live in our own little bubble called the United States of America. There's where we play anywhere from 50 to 75 shows a year. We're definitely not as popular as we were in the United States, but we play a lot of festivals, a lot of casinos there and I'm happy to say we're still keeping the dream alive all these years later. Yeah, as far as the rest of the world's concerned, Europe and Japan and Australia, South America... we've never really toured outside the United States. We go to Mexico once in a while and to Canada quite a bit, but mainly you know we've concentrated on playing the States.

Loud: I was going to ask you about grunge, actually, because it's 20 years since [NIRVANA's] "Nevermind" [an album widely associated with the death of "hair" metal] came out this year. Obviously you would have heard the album when it came out. What did you think of it?

Turner: I loved it. It was a great record. But obviously I didn't like the fact that the industry had to sell only one type of music. Just one type of music, grunge. Too bad that the world is big enough for all kinds of music, whether its grunge or rap or dance or pop or rock. In America they don't promote music on merit, it's more based on selling a brand, something that they've branded. They might as well be selling toothpaste. It's just a product to the record labels. It's the new improved Crest! Now whiter. We no longer sell that other Crest. That other Crest sucks. Now we're selling this Crest. They just don't have any soul.

Loud: Is that kind of what happened with bands like WARRANT? You were just a brand they were selling at one time?

Turner: Yeah. If the music industry was a church, we would've all been excommunicated. You are no longer welcome to come bow at the altar. We were branded as harlots. It's funny but it's true. That was it. Bam! You're no longer wanted or needed around here. Bands started getting dropped like flies, and then they went around and signed bands that sounded like NIRVANA! And there were some really good ones that I loved... SOUNDGARDEN, I love ALICE IN CHAINS. ALICE IN CHAINS actually got signed opening up for WARRANT, ironically.

Loud: Does it still frustrate you that many people still know you as the "Cherry Pie" band?

Turner: It doesn't frustrate me. I feel lucky that we're able to be known as anything! [laughs] It is ironic that that wasn't our biggest song on the charts. "Heaven" was our biggest-charting and -selling song. But for whatever reason, the video and the innuendo and stuff, well, we embrace it. We play the song every night. We're lucky to have that. The "Cherry Pie" thing kind of overshadowed our first record which had our biggest hit on it, and it had "Down Boy" and "Sometimes She Cries" and our first record actually sold as many CDs as "Cherry Pie", but that goes largely unnoticed. That goes to show you how big the shadow of "Cherry Pie" is.