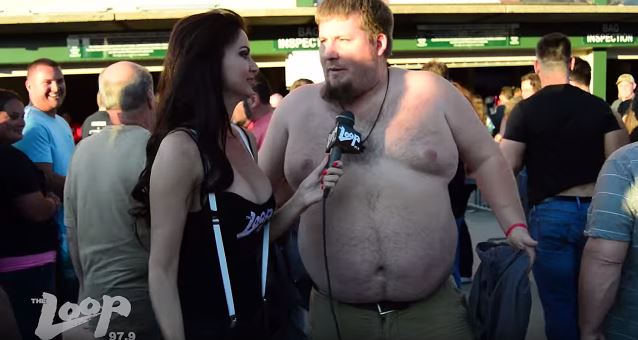 April Rose of the Chicago radio station WLUP-FM 97.9 took it to the streets before AC/DC's September 15 concert at Wrigley Field to ask loyal listeners how to do Angus Young's "duck walk." The results can be seen below.

AC/DC's sixteenth studio album, "Rock Or Bust", has sold around 547,000 copies since debuting at No. 3 on the Billboard album chart back in December.

The band's North American tour will wrap on September 28 at Dodger Stadium in Los Angeles.