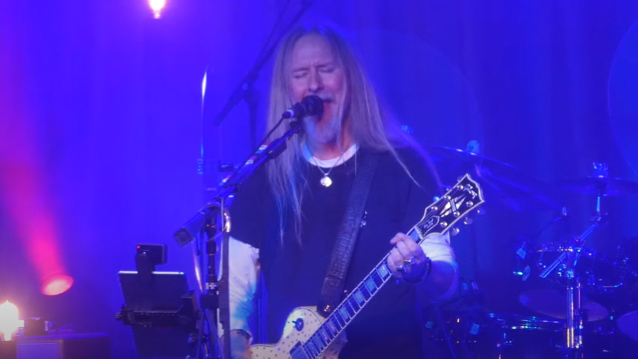 Fan-filmed video of ALICE IN CHAINS guitarist/vocalist Jerry Cantrell's April 3 solo performance at Theatre Of Living Arts in Philadelphia, Pennsylvania can be seen below.

Posted by Comunidad Alice in Chains Chile on Monday, April 4, 2022

Almost that time…. 3PM for sound check and meet and greet with Jerry Cantrell!!!!!