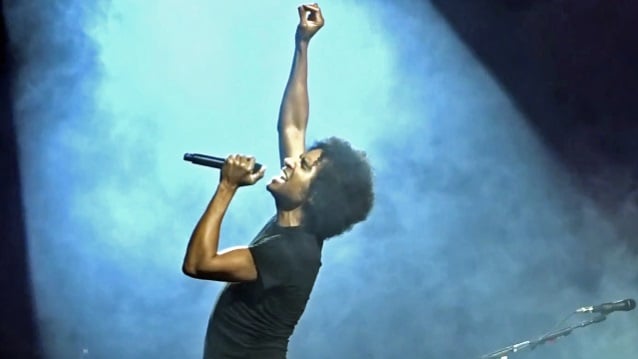 Fan-filmed video footage of ALICE IN CHAINS performing its new single, "The One You Know", on May 7 at Hammerstein Ballroom in New York City can be seen below.

"The One You Know" is the first new music issued from ALICE IN CHAINS' upcoming sixth full-length studio LP, which is due out later this year and will follow up 2013's "The Devil Put Dinosaurs Here".

The basic tracks for the new disc were laid down at Studio X in Seattle, marking the first time ALICE IN CHAINS had recorded in its hometown in more than 20 years. Part of the recording was also done at Henson Studios in Los Angeles.

Guitarist and singer Jerry Cantrell told SiriusXM about "The One You Know": "It's really aggressive. It's got a super-aggro riff. I was thinking kind of [David] Bowie when I was writing it, a little bit, so it's got kind of a metal 'Fame' shuffle to it, kind of almost. It's a good aggro riff and it's got the classic ALICE IN CHAINS chorus, with a weird kind of trippy middle part."

Jerry also talked about the five-year gap between ALICE IN CHAINS albums, saying that "we've been really fortunate in most of our career to be able to make music when we feel like it rather than having to be on somebody else's schedule, which is really nice. So we take advantage of that. And there's really no reason to put music out unless it's something that we feel strongly [about] and stand behind." 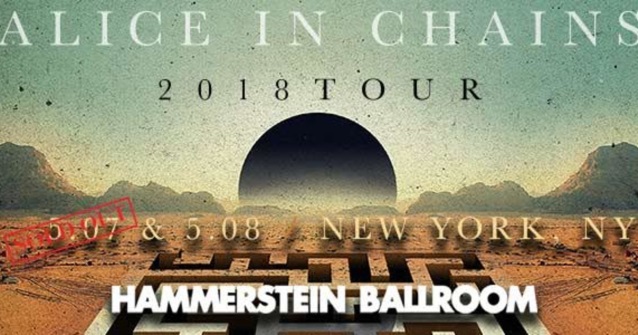