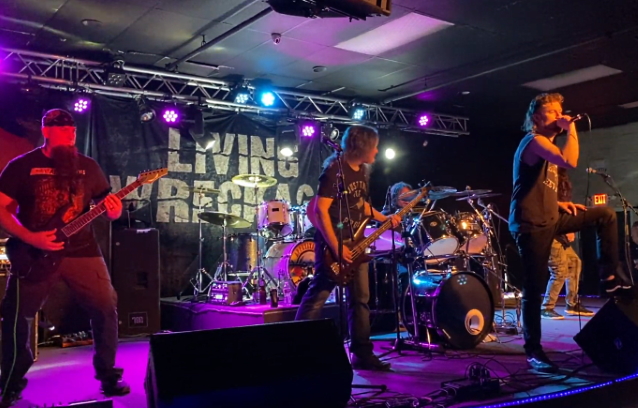 LIVING WRECKAGE's self-titled debut album was released in September via M-Theory Audio on CD, limited-edition colored vinyl and digital. Produced and engineered by Shane Frisby (UNEARTH, BURY YOUR DEAD),and mixed by Pete Rutcho (REVOCATION, FALLING IN REVERSE),the LP was anticipated by fans curious to hear more music, as evidenced by how quickly LIVING WRECKAGE's three-song EP, which was available solely at the group's shows and via mail-order, sold out.

In a 2021 interview with the "2020'd" podcast, Donais was asked how we landed the gig with ANTHRAX after previously spending almost two decades with SHADOWS FALL. He said: "SHADOWS FALL, a couple of the guys were having kids or about to have kids and got married, and they just didn't wanna be on the road anymore. And we weren't making enough where you could have that kind of stuff; you had to be on the road all the time. You can't be selfish anymore once you have a wife and kids. You can't [go], 'Well, I might make this much money, or I might not. But I'm gonna go have fun.' It came to the point where they had to choose that path. And then ANTHRAX lost their guitarist, and they asked me to fill in — just to fill in. And I was, like, 'Absolutely,' 'cause I kind of saw the writing on the wall with SHADOWS FALL."

According to Donais, his predecessor in ANTHRAX, Rob Caggiano, hooked him up with his current gig. "'Cause he knew he was gonna leave, and he wanted to make sure that they were all set," Jon said. "He wanted to make sure that they were covered and didn't wanna leave 'em hanging. And he knew we knew each other, and he asked me if I'd be interested, and I was, like, 'Yeah. A hundred percent.' And then I didn't hear anything for a little bit, and I didn't know what was going on.' Then, maybe two or three weeks later, [ANTHRAX guitarist] Scott Ian called, and he goes, 'I heard you know what's going on.' I go, 'Yeah.' He goes, 'Can you do it?' I go, 'Fucking absolutely.'"

Donais made his live debut with ANTHRAX in Australia without a single rehearsal with the band. "I jammed with Scott a little bit, but it was, 'Here. Learn these songs and be ready,'" he recalled. "Oh. God. That first show — I was shaking."

Donais contributed lead guitar to ANTHRAX's latest album, "For All Kings", which came out in 2016 via Nuclear Blast in Europe and Megaforce in the U.S. At the time of the record's release, his ANTHRAX bandmates praised his playing, with bassist Frank Bello saying: "I think Jon has brought a great energy to the band. He stepped up and then some on this record." Ian added: "Jon's approach towards lead guitar playing, he's more of a guy who's looking to construct something that makes sense and helps a song rather than the 45 seconds for him to be showing off how many notes he can play in X amount of measures." 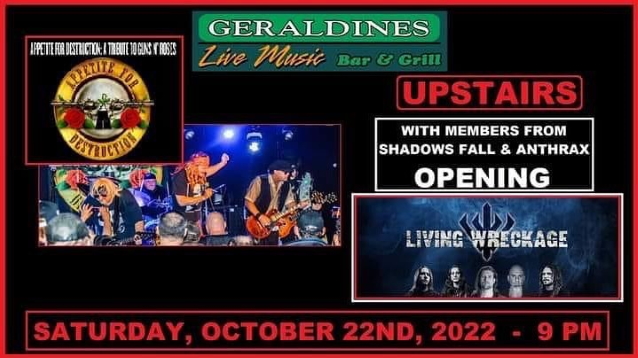