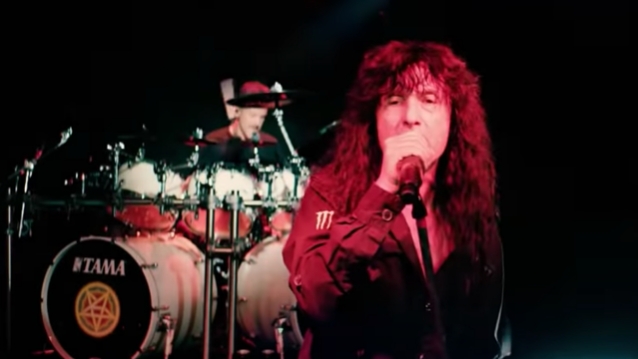 Video footage of ANTHRAX performing the song "The Devil You Know" during its 40th-anniversary livestream event can be seen below.

The special worldwide livestream event, presented by Danny Wimmer Presents and originating from Los Angeles, kicked off in North America on Friday, July 16 and will remain available to fans worldwide to tune in through July 25 at 11:59 p.m. ET via video on demand. The band — Joey Belladonna (vocals),Scott Ian (rhythm guitar),Frank Bello (bass),Charlie Benante (drums),and Jon Donais (guitar) — performed an extensive set of hits and deep cuts that pulled from the band's entire catalog.

All purchasing details are accessible at www.anthraxlive.com.

"I was a 17-year-old metal-head kid from Queens when I started this band," said Scott Ian. "I am a 57-year-old metal-head kid from Queens about to celebrate the 40th anniversary of this band. That means for 40 years, I've gotten to do exactly what I've wanted to do — and getting to do what I love and being a part of something so much bigger than myself has made the time, the unbelievable weight of 40 seems so light. It's been an amazing story so far, and I see 40 as a milestone that absolutely should be recognized and celebrated. Congratulations to us! I also see 40 as a stepping stone to the next chapter of ANTHRAX — we still have a lot to say and some killer riffs to unleash. I'm not going to say, 'Here's to 40 more,' because nobody wants to see that (I'd be 97). How about, 'Here's to at least ten more, and we'll go from there! Thank you for enabling me, my friends."

ANTHRAX is celebrating its 40th anniversary with a number of special activities and events. Formed by Ian and bassist Dan Lilker in Queens, New York on July 18, 1981, ANTHRAX was one of the first thrash metal bands to emerge from the East Coast and quickly became regarded as a leader in the genre alongside METALLICA, SLAYER and MEGADETH.

ANTHRAX's latest album, "For All Kings", was called by some critics the band's strongest to date. Its arrival followed a five-year period during which the group experienced a rebirth of sorts, beginning with ANTHRAX's inclusion on the "Big Four" tour, and continuing with the 2011 release of comeback LP "Worship Music". 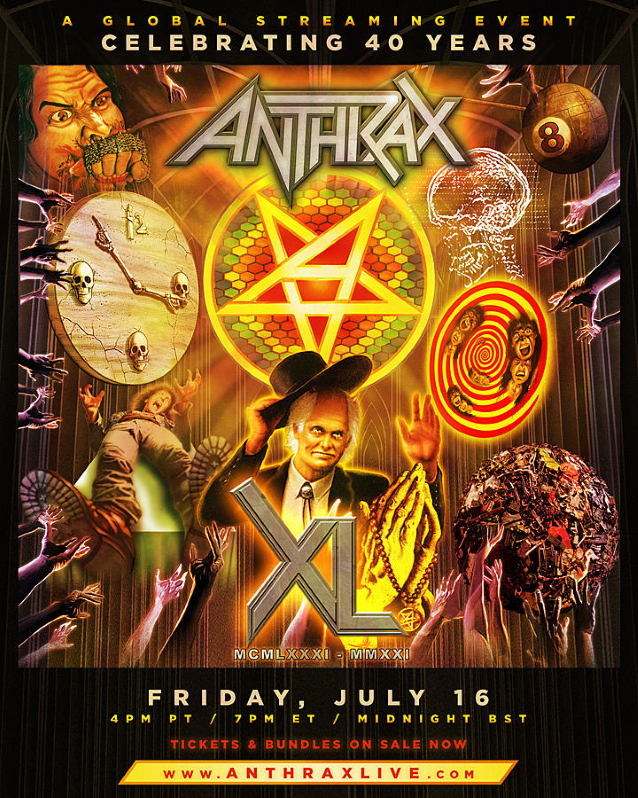