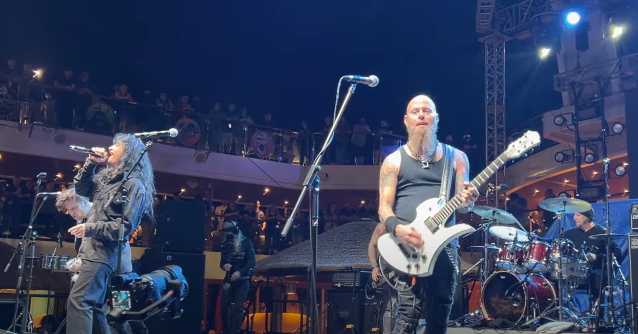 ANTHRAX singer Joey Belladonna joined the all-star band THE STOWAWAYS during their ShipRocked concert aboard the Carnival Breeze on January 24 to perform at cover of the FOREIGNER classic "Cold As Ice". You can now watch fan-filmed video of the performance below (courtesy of YouTube user PGMD).

Lineup for the performance:

Last year, Belladonna told "The Johnny Dare Morning Show" that his recently launched JOURNEY tribute band called JOEY BELLADONNA'S BEYOND THE BAND (formerly JOURNEY BEYOND) was "working on some recordings."