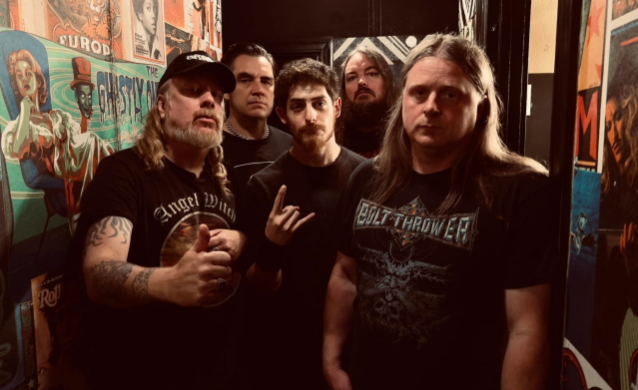 AT THE GATES has recruited Daniel Martinez (ATHEIST) to play second guitar for the band on its North American tour which kicked off last night (Wednesday, August 17) at the Fonda Theatre in Los Angeles, California. Fan-filmed video of the L.A. performance can be seen below.

On Wednesday, Daniel shared a photo of him with AT THE GATES and he included the following message: "It's an honor to be filling in on guitar for AT THE GATES for the next two weeks on their US run! LA tonight at the Henry Fonda Theater to kick things off."

AT THE GATES is playing the whole "Slaughter Of The Soul" LP from start to finish, and also a mix of other tracks from its 30-plus-year career.

Earlier in the month, AT THE GATES enlisted Patrik Jensen (THE HAUNTED) to play second guitar for the band at several shows, including at this year's Wacken Open Air festival in Wacken, Germany.

Stålhammar joined the band in September 2017 as the replacement for co-founding guitarist Anders Björler, who left AT THE GATES in March of that year.

At The Gates- Raped By The Light Of Christ

At The Gates- Blinded By Fear 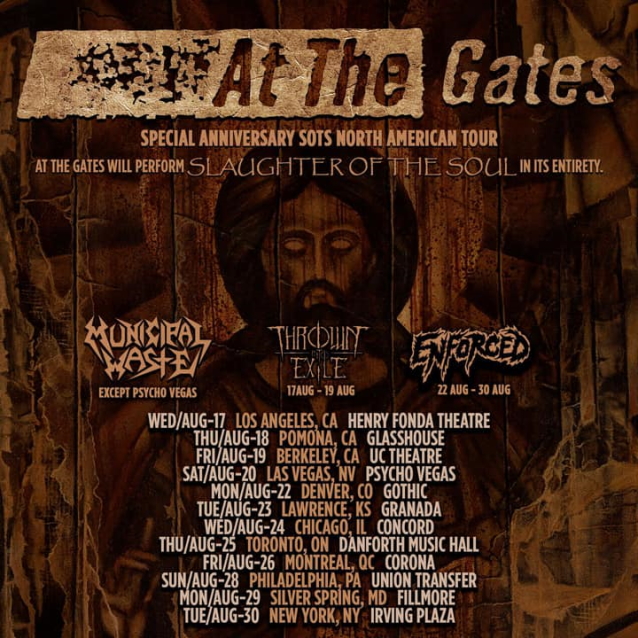