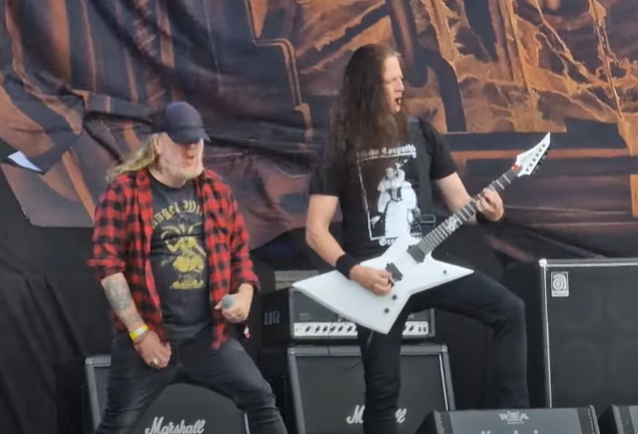 AT THE GATES recruited Patrik Jensen (THE HAUNTED) to play second guitar for the band on Friday (August 5) at this year's Wacken Open Air festival in Wacken, Germany. Fan-filmed video of the performance can be seen below.

Stålhammar joined the band in September 2017 as the replacement for co-founding guitarist Anders Björler, who left AT THE GATES in March of that year.

AT THE GATES will play the whole "Slaughter Of The Soul" album from start to finish, and also a mix of other tracks from its 30-plus-year career.

It is not presently clear if Jensen will join AT THE GATES on the North American tour.

Late last month, Patrik played a couple of shows with THE HALO EFFECT as the temporary replacement for ex-IN FLAMES guitarist Jesper Strömblad.