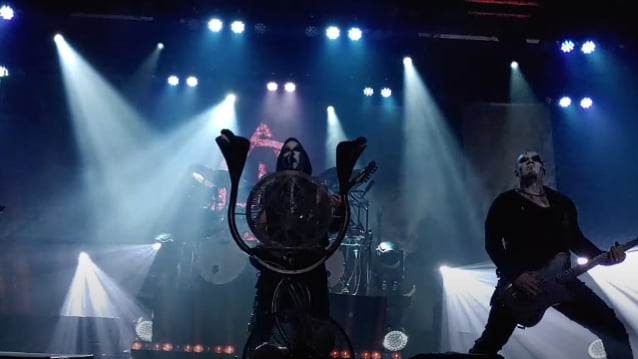 Polish extreme metallers BEHEMOTH debuted a brand new song, "Ov My Herculean Exile", at the first show of "The North American Siege 2022" tour with ARCH ENEMY and NAPALM DEATH last night (Saturday, April 16) at The Marquee in Tempe, Arizona. Fan-filmed video of the performance is available below.

"Ov My Herculean Exile" is expected to appear on BEHEMOTH's next studio album, which is due later this year.

Last year, BEHEMOTH announced that it had extended and expanded its contract with Nuclear Blast, which will now distribute the group's music worldwide outside of Poland. The band originally signed with the European branch of Nuclear Blast prior to the release of 2009's "Evangelion" LP, but BEHEMOTH's upcoming effort will be its first to be released by the label outside of the Old Continent.

Formed in 1991 by then-teenage guitarist/vocalist Adam "Nergal" Darski, BEHEMOTH shattered the glass ceiling of the European metal underground thanks to a combination of aggressive worldwide touring, fiery and theatrical live performances, visually captivating music videos and unwaveringly intense music. Albums such as Decibel Magazine Hall Of Fame inductee "Demigod" (2005) and 2014's "The Satanist" — hailed by Metal Hammer as the greatest extreme metal album of the 21st Century, and one of two BEHEMOTH records to achieve gold-certified status in Poland — pushed blasphemous blackened death metal to heights previously thought unattainable. Those releases provided the group with no shortage of fierce ammunition to conquer all audiences in its path, whether in support of childhood heroes such as OZZY OSBOURNE, SLAYER and DANZIG; on some of metal's biggest festival stages around the globe; or more recently, in European arenas alongside fellow subversives SLIPKNOT.

Despite numerous attempts to be silenced by Poland's religious right, BEHEMOTH has steadfastly refused to compromise, and Nergal believes that the best is yet to come.

"Nuclear Blast has been a household name in metal for decades, and BEHEMOTH has been part of that long and illustrious history," he said. "But now is about the future, and we look forward to beginning BEHEMOTH's next chapter with a refocused and revitalized team at Nuclear Blast." 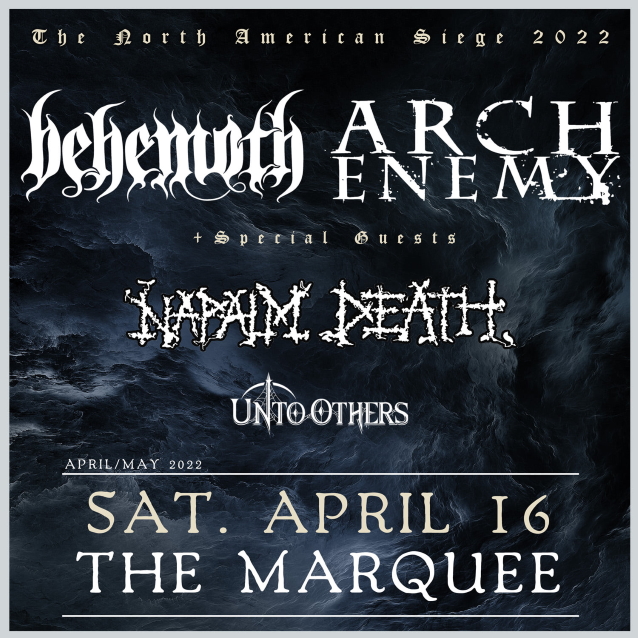