Kentucky rockers BLACK STONE CHERRY have released the official lyric video for their new song "Ringin' In My Head". The track is taken from the band's upcoming seventh studio album, "The Human Condition", which is due on October 30 via Mascot Label Group. The collection will be available in digital, deluxe CD and vinyl formats, with an array of music and merch bundle options and a U.K.-exclusive purple vinyl, which you can pre-order now at this location.

BLACK STONE CHERRY states: "'Ringin' In My Head' was a song we had originally started to write back in 2017, and for whatever reason, it didn't make the album at the time, but we loved the riff and melody. Fast forward to 2020, we were in the studio recording 'The Human Condition' and we decided to revisit the song and rework it a bit. It's eerie that it fits into the current state of the world so well right now. It's almost like the song knew when it should have been recorded and released, and we find beauty in that."

"The Human Condition" was produced by the bandmembers themselves and tracked in BSC bassist Jon Lawhon's recording facility, Monocle Studios. The release was completed mere days before the COVID-19 lockdown was imposed and as events progressed, it became apparent that the album the band was completing featured lyrics that were eerily prescient.

"There was a real urgency and fear of the unknown during those sessions — it was a scary time," recalls drummer John Fred Young. "Every song on this album tells a story of the experiences we all go through — our happiness, our struggles, and how we have to adapt."

Guitarist Ben Wells says: "With this one, we cranked up the amps, the drums are in your face, and there are some really heavy riffs. After 19 years and seven albums, we wanted to prove that we still kick ass. This album feels like a rebirth."

Adds Lawhon: "When I listen back to this record, I feel all these different emotions. We started when we were teens, and life has taken its course, especially now. Through it all, your heart and your perspectives change, but one thing that hasn't changed is our connection as friends."

BLACK STONE CHERRY vocalist/guitarist Chris Robertson discussed the band's new disc during an episode of "Cherry Chat", also featuring SHINEDOWN. Speaking about the making of the new LP, Chris said: "We were literally finishing [the] record right when all the stay-at-home stuff came down [due to the coronavirus pandemic]. We were scheduled to go back in on a Monday, 'cause we were taking weekends off. We worked through the weekend and finished everything up, because come Monday, you couldn't do shit anymore, man. We got really lucky that it came down that close. But now we're sitting here with a record, finishing to get it mixed, and you can't go tour, you can't do shit."

He continued: "Our monitor engineer, Jordan [Westfall], came down and engineered the whole record, and we decided to have him mix the thing, man. He took the record home with him to his studio to mix and fucking killed it, man."

Robertson also talked about the inspiration for BLACK STONE CHERRY's new album, saying: "The last record we did, 'Family Tree', it was way more 'jam band'-y and kind of classic rock-oriented, to where the new record is nothing like that. The new record, it's funny — when Jordan was mixing it, we were, like, 'Hey, man, when you reference it, make sure you reference your all's last record" — referring to SHINEDOWN's "Attention Attention" — "and a bunch of other records, man, because the last couple of records we've done haven't been necessarily in the same kind of genre, per se, as what you guys do. We haven't been in that heavy rock category on the last couple of releases we've done; we've done more of a blues-oriented thing. And it's been a lot of fun, man. But with the new record, we decided to kick the shit back up a notch again. And it's awesome, man. We're excited for people to hear it."

In July, BLACK STONE CHERRY had to postpone its massive 16-date U.K. tour, which was set to begin in September. The shows have been rescheduled for September 2021 and culminate with a date at London's legendary Royal Albert Hall. Tickets for all original shows remain valid for the new dates. 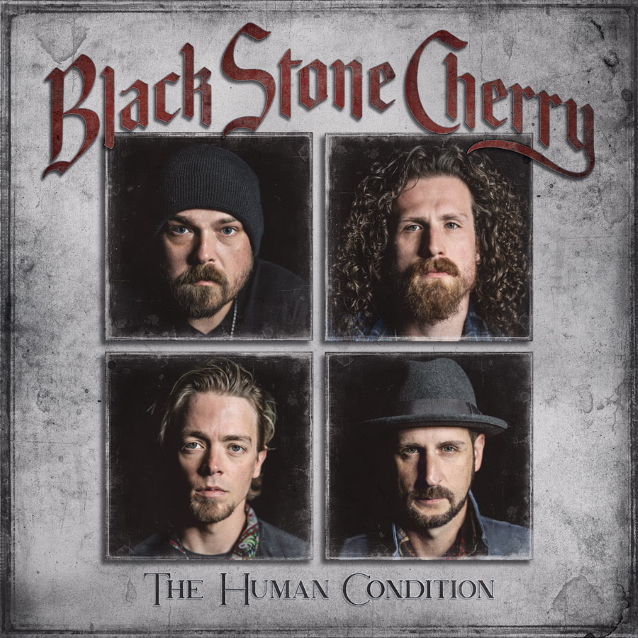