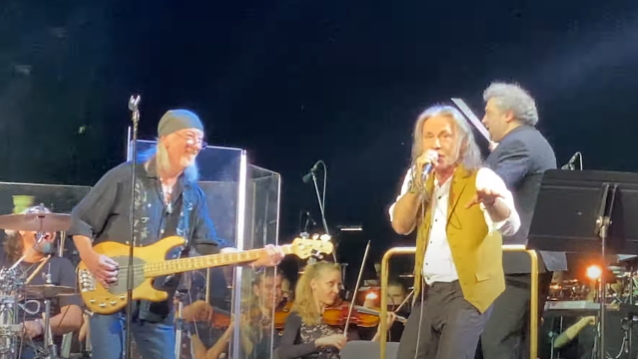 Fan-filmed video footage of the concert can be seen below. Also available are photos and video from BEHEMOTH's Adam "Nergal" Darski, who made his way from Poland to Hungary to see the show.

Bruce previously performed at the 50th-anniversary celebration of "Concerto For Group And Orchestra" in November 2019 at the Palais Montcalm in Quebec City, Quebec, Canada. Joining him at the event were Mann, the Quebec Symphony Orchestra (QSQ) and the PAUL DESLAURIERS BAND.

Drummer Bernhard Welz has just announced a new performance of Jon Lord's “Concerto For Group And Orchestra" in Győr,...