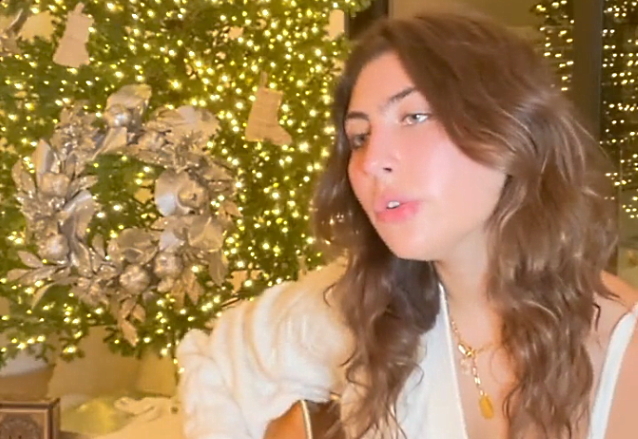 A new video of Chris Cornell's daughter Toni Cornell performing a solo acoustic cover of the Leonard Cohen song "Hallelujah" can be seen below.

Toni shared the clip on her Instagram and wrote in an accompanying message: "Throwback to Xmas Eve. Hallelujah revisited".

Toni previously played "Hallelujah" with the band ONEREPUBLIC in August 2017 on ABC's "Good Morning America". The performance was a celebration the lives of Chris Cornell and late LINKIN PARK frontman Chester Bennington, both of whom died within months of each other.

Last month, Toni performed her late father's Grammy-nominated cover of Prince's "Nothing Compares 2 U" on an episode of "The Tonight Show Starring Jimmy Fallon". The 17-year-old singer was joined on acoustic guitar by Pete Thorn, who had performed with Chris Cornell on tours supporting the SOUNDGARDEN frontman's "Carry On" and "Scream" solo albums.