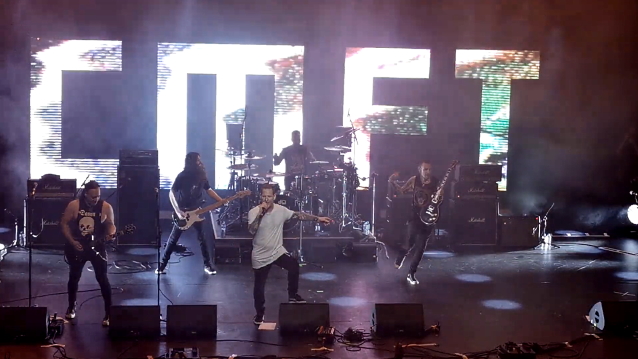 Taylor delivered a 20-song setlist in front of 2,000-strong crowd, with thousands more fans watching online via a very special livestream event, "Half Sold Out: CMFT Live At The Palladium".

The sold-out concert, also featuring the dance troupe THE CHERRY BOMBS, led by Corey's wife Alicia, was a benefit event for The Taylor Foundation, Corey's charity that supports and uplifts military veterans, emergency personnel and their families, living with Post-Traumatic Stress Disorder (PTSD).

The intimate and special evening was the first date of Corey's first-ever U.K. solo band tour, which also includes sold-out shows in Manchester, Hull and Swansea.

Produced by Driift, Corey's London is available to watch "on demand" for another 48 hours.

Taylor's setlist was as follows:

19. On The Dark Side (JOHN CAFFERTY & THE BEAVER BROWN BAND cover)
20. CMFT Must Be Stopped / Watchin' You (KISS cover)

During an appearance on the August 30 episode of SiriusXM's "Trunk Nation With Eddie Trunk", Taylor revealed that he will enter the studio in January and February 2023 to record his second solo album. "We're gonna go in and bang it out and get it ready," he said. "And then once I'm done touring with SLIPKNOT, I'm gonna throw together a really rad, 'rock is back' kind of tour for the solo stuff and start bringing out some of the younger — maybe not even some of the younger rock bands, but just some of the bands that don't get the chance or just don't get the looks that are afforded to either pop bands and hip-hop bands or people like me who are kind of grandfathered in. So I'm gonna try and really kind of fly the rock flag and give some opportunities to some of the younger bands and maybe even just the mid-level bands that just haven't had a shot. 'Cause there's so many great bands out there." 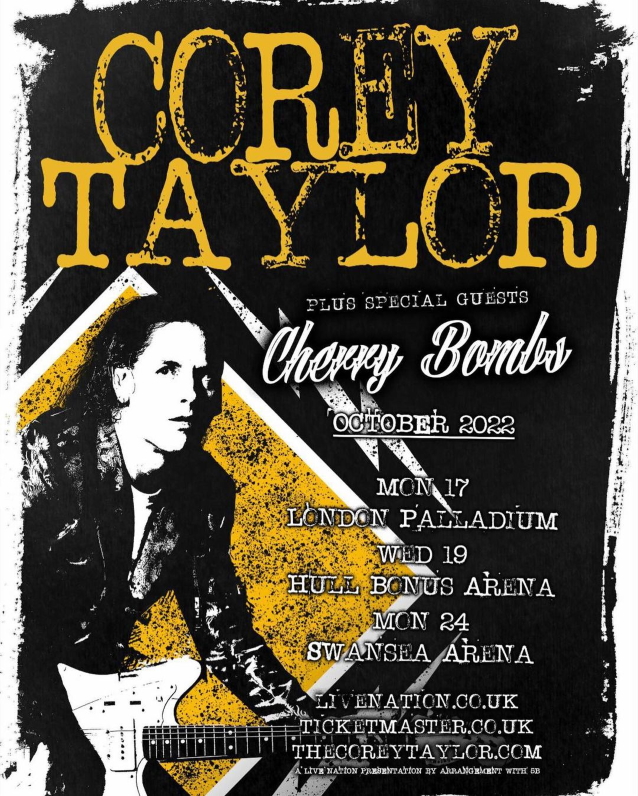