Capital Chaos TV has uploaded video footage of reactivated California thrash metal pioneers DARK ANGEL performing the song "We Have Arrived" on October 13 at the California Deathfest at the Oakland Metro Operahouse in Oakland, California. Check it out below.

DARK ANGEL is continuing to work on material for its long-awaited comeback album. The band's first CD since 1991's "Time Does Not Heal" will feature the lineup that has performed sporadic live shows since reuniting in 2013: Gene Hoglan (drums),Eric Meyer (guitar),Jim Durkin (guitar),Ron Rinehart (vocals) and Michael Gonzalez (bass).

Speaking to The Aquarian Weekly, Rinehart stated about DARK ANGEL's next disc: "I honestly feel this — if all of us could get in the same place for a certain amount of time, it would be something that is easy to do. That being said, it's hard to get the world's greatest drummer [Hoglan] who travels with everybody, Gonz [Gonzalez] in New Mexico, and me here in Washington.

"We have a lot of great ideas and awesome riffs," he continued. "Every time I hear a new riff, I just get super excited.

"Now that it is so highly anticipated, it really is going to be nerve-wracking putting it out.

He added: "This will be all-new material."

Gene told KNAC.COM last year that he had "five or six songs ready to go" for DARK ANGEL's next album. "The stuff Jim's writing is deadly," he said. "And I'm trying to carry forth the youthful energy and aggression of 'Darkness Descends' with a little bit of what we were doing with 'Time Does Not Heal' and some cool-ass 'Leave Scars' thrown in. It sounds like DARK ANGEL, but I'm trying to err on the side of hyper-aggression, and that's cool with me. You never go wrong going heavier. So write a shit-ass heavy fucking record, that's gold in my book." 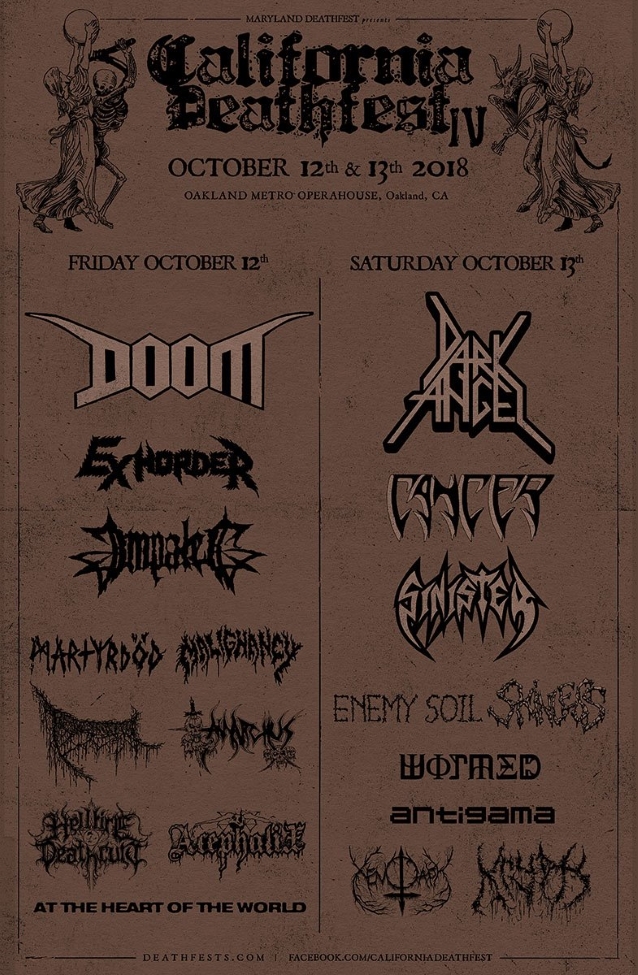