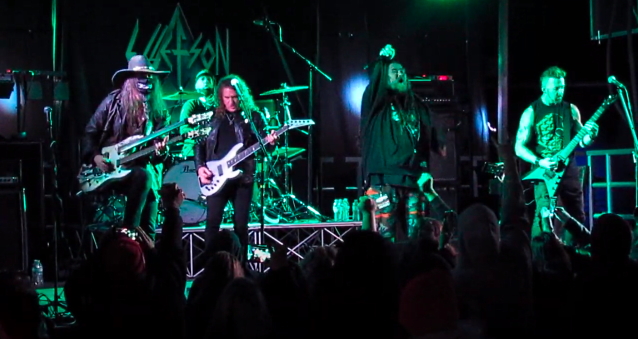 ELLEFSON, the solo band of MEGADETH bassist David Ellefson, took part in the "End Of Days" festival in San Antonio, Texas on Friday, October 30. All attendees were required to wear face masks to enter the Sunset Station venue and social distancing was "encouraged" at the event, according to a poster advertising the festival. Anthem Entertainment Television, which organized "End Of Days", said it would "follow city COVID policies" regarding gatherings in public places.

"End Of Days" also hit Brown's Village Plaza in Slidell, Louisiana on Saturday (October 31) and is scheduled to make its final stop tonight (Sunday, November 3) at Barge 295 in Seabrook, Texas.

Fan-filmed video footage of two songs from the San Antonio concert, Symphony Of Destruction" and "Peace Sells", can be sen below.

ELLEFSON will release its covers album, "No Cover", on November 20 via earMUSIC (Europe) and Ward Records (Japan). The effort will be made available in conjunction with Ellefson's revived Combat Records, which will issue the album in North America via Amped. 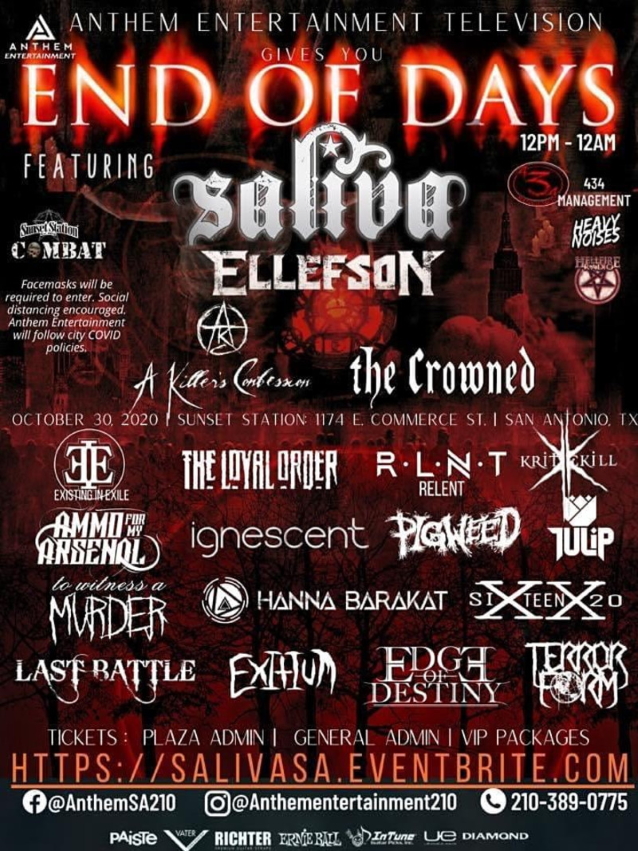