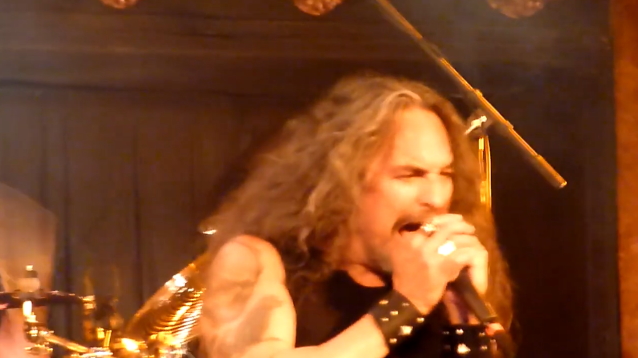 DEATH ANGEL played a homecoming show last night (Saturday, January 22) at The Great American Music Hall in San Francisco, California. Fan-filmed video footage of the concert can be seen below.

DEATH ANGEL released a new live album titled "The Bastard Tracks" last November via Nuclear Blast. Recorded live at The Great American Music Hall on May 22, 2021, and streamed live soon after, "The Bastard Tracks" is a deep-cuts collection of rarely and never performed songs from the band's catalog that was released digitally and on CD, vinyl and Blu-ray.

In December 2020, DEATH ANGEL streamed its seventh annual "Another Death Angel XMas Show" from The Great Northern in San Francisco.

In March 2020, DEATH ANGEL drummer Will Carroll spent almost two weeks on a ventilator in an intensive care unit at a Northern California hospital after being diagnosed with COVID-19, the disease caused by the new coronavirus. He first got sick when he and the rest of DEATH ANGEL spent more than a month on the road in Europe with TESTAMENT and EXODUS as part of "The Bay Strikes Back 2020" tour. 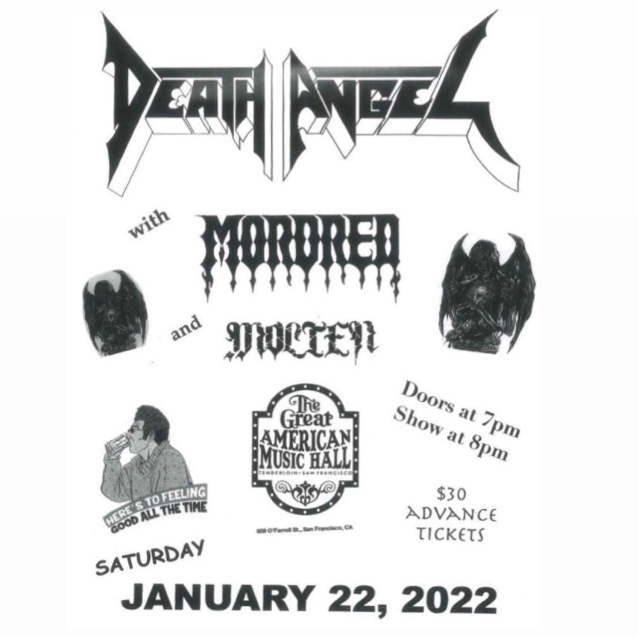