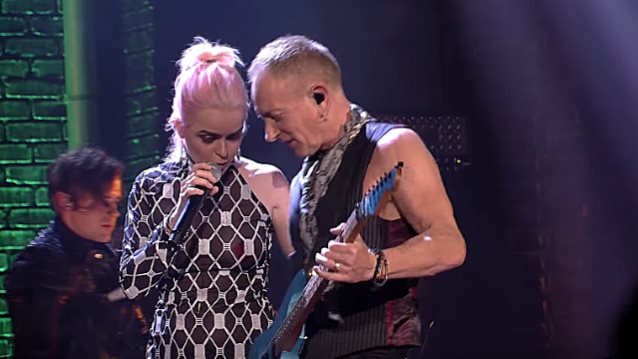 The eight-episode season features celebrities dishing on a cherished memory linked to an iconic song and then performing that song with the Comedy Jam Band in front of a live audience.

This week's episode sees Collen join forces with "Orange Is the New Black" star Taryn Manning to perform the LEPPARD classic "Pour Some Sugar On Me".

You can now watch the performance below.

Also on the April 19 episode, Bert Kreischer and Scott Stapp (CREED) perform "Higher" by CREED and Hal Sparks and Sebastian Bach (SKID ROW) perform "You Shook Me All Night Long" by AC/DC.

Taryn previously recorded and toured with a band called BOOMKAT, which she formed with her brother Kellin. The group's debut album, "Boomkatalog. One", was released in 2003, but duo subsequently parted ways.