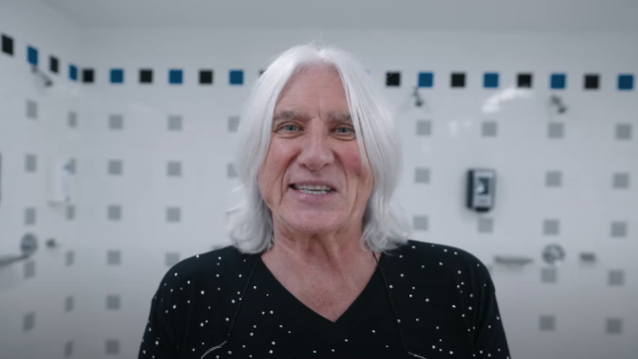 DEF LEPPARD has released the fourth in a series of behind-the-scenes episodes from "The Stadium Tour", which kicked off on June 16 in Atlanta, Georgia. Episode 4 takes you along to concerts in Charlotte, North Carolina; Nashville, Tennessee; and Jacksonville, Florida. The clip features singer Joe Elliott's pre-show ritual, an audience of 43,000 people, and, of course, more rain.