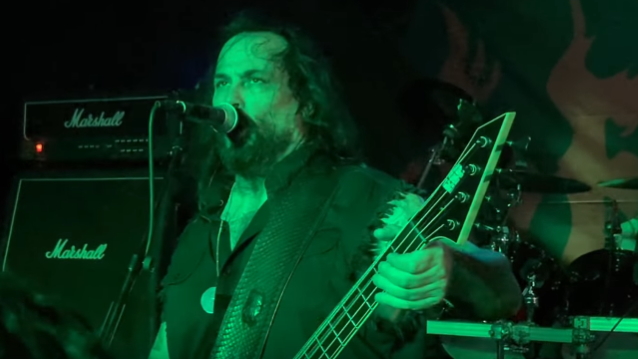 DEICIDE performed a full-capacity concert at The Verona in New Port Richey, Florida on Saturday, April 17.

Fan-filmed video of the entire show can be seen below.

According to the Orlando Sentinel, more than two million Florida residents have been infected with the novel coronavirus and more than 34,000 have died.

Less than two weeks prior to the DEICIDE concert in New Port Richey, The Verona posted a statement on Facebook discouraging fans from traveling to the venue unless they had already purchased a ticket to the gig.

"We have been getting a ton of emails and phone calls regarding the DEICIDE show," The Verona management wrote. "Yes, the show is 100% sold out. No, you will not be able to buy tickets at the door. There is no amount of money you can offer us to change that. We are responsible for the safety of not only the bands performing but the patrons attending. We have reached our max legal capacity and will abide by it. We highly discourage anyone driving to the venue without a ticket or will call ticket pre purchased last week. You will not get in. Thank you edit: We are running at full capacity,this has nothing to do with covid restrictions. Our county has lifted all covid restrictions."

As previously reported, DEICIDE will embark on a U.S. tour at the end of the summer. Support on the 23-date trek will come from KATAKLYSM, INTERNAL BLEEDING and BEGAT THE NEPHILIM. The tour will kick off on August 5 in Tampa, Florida and make stops in Austin, Chicago, and New York before concluding on August 29 in Spartanburg, South Carolina.

In 2019, DEICIDE parted ways with guitarist Mark English and replaced him with Chris Cannella.

We have been getting a ton of emails and phone calls regarding the Deicide show. Yes, the show is 100% sold out. No, you...