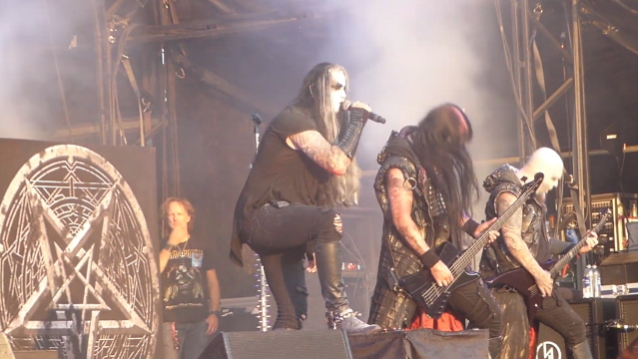 Two years ago, DIMMU BORGIR guitarist Sven Atle Kopperud (a.k.a. Silenoz) spoke to the "Vox&Hops" podcast about how his band has changed the way it approaches touring. He said: "We obviously have gotten older. Most of us have kids now. It's not like it was in the early days when we could go on tour seemingly on short notice and plug in and play. We've never really been a plug-in-and-play band anyway, but now a lot of planning [goes] into it. And we have set the limit for two or three weeks at a time and concentrate on doing quality shows. Especially when we tour South America, have a day between each show, because you travel and you get offstage at two in the morning, and then lobby call at five in the morning is not gonna work — not unless we're gonna do a proper show. And I think that's what the fans deserve. We deserve to be at our best, and you need to be rested.'

He continued: "Flying a lot during a short period of time can really wear you out. It's not the playing on stage that wears you out; it's all the waiting and all the stuff around it… There's a financial aspect to it as well, which is something that we, when you do touring like that, you know that, okay, you can come home with a better paycheck if you do things in a row and you don't have days off. But at the same time, it's important to keep the health as well, especially in this day and age. It didn't use to be like that. And we learned from the past — I hope."

In October 2020, Silenoz confirmed to Australia's "Everblack" podcast that DIMMU BORGIR was hard at work on material for the follow-up to 2018's "Eonian" LP. Speaking about the musical direction of the new DIMMU songs, he said: "It's obviously always strange to talk about it that early in the songwriting process, but I feel like it might be a little more stripped down. And that's probably not saying too much, because we have so much of everything. But I feel like we're looking at maybe toning it down a little bit, especially on the orchestral side. So people shouldn't be too surprised if they get a bit more stripped-down version of DIMMU on the next album."

In January 2020, Silenoz told Extreme Metal Festival News that DIMMU BORGIR would likely "take a more aggressive turn" with the upcoming effort. "Now with [bassist] Victor [Brandt] in the band, with him also being a guitarist, there will be four of us writing guitar riffs," he said. "It would surprise me if the album will be more guitar-orientated, which I don't mind." 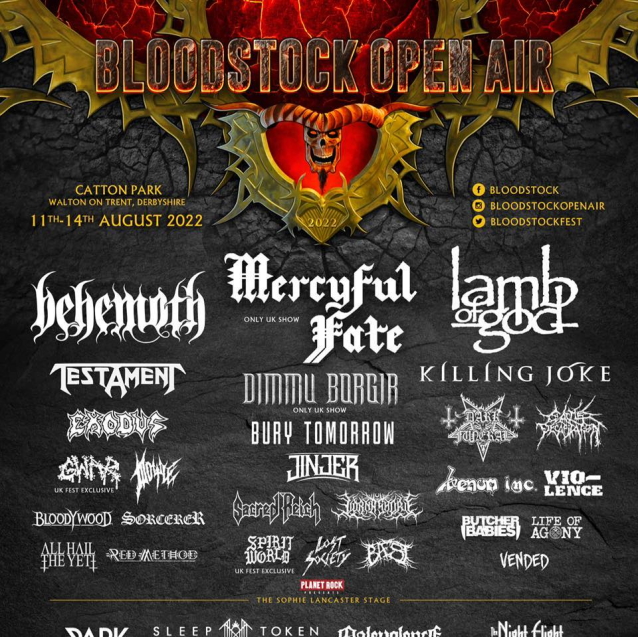