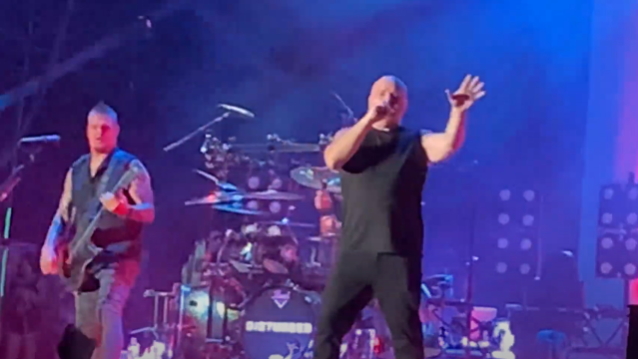 DISTURBED performed "Hey You", the first single off the band's upcoming studio album, live for the first time Thursday night (July 14) at the Rock Fest in Cadott, Wisconsin. Fan-filmed video of the performance can be seen below (courtesy of Vomdirth, Mike Amolsch and Jerry Marquette Jr).

The official music video for "Hey You", which was released yesterday, was directed by Josiahx.

All four members of DISTURBED were in Los Angeles on June 14 to film the "Hey You" music video.

Last month, Draiman said that DISTURBED's upcoming album, which is tentatively due in November, will contain a "surprise track" that will "blow [fans'] minds."