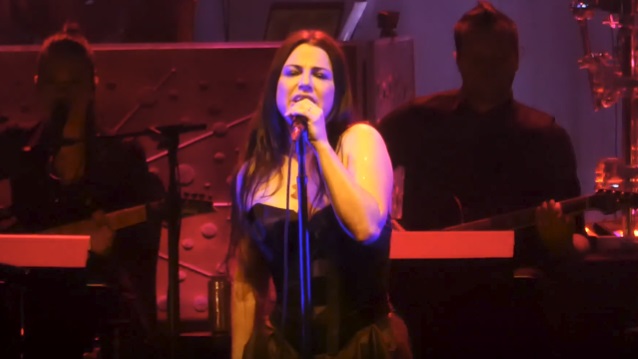 EVANESCENCE performed at the Hippodrome Theatre in Baltimore, Maryland on November 8 in support of its fourth album, "Synthesis". Like the disc, "Synthesis Live" features a reimagining of some of EVANESCENCE's best-loved songs with the spotlight on full orchestra, electronics combined with the band and Amy Lee's virtuoso piano and voice.

Fan-filmed video footage of the Baltimore concert can be seen below.

"Synthesis" is due on November 10. The effort features full orchestration in a completely synthetic world of beats and sounds, with help from arranger and composer David Campbell.

The "Synthesis Live" tour launched on October 14 on the West Coast.